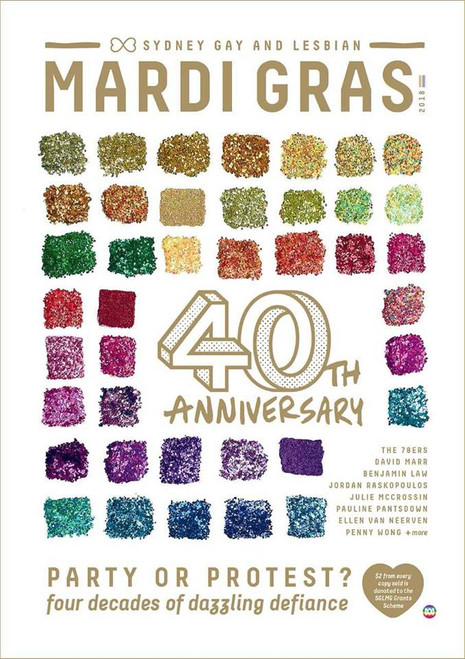 ABC Magazines have teamed up with Sydney Gay & Lesbian Mardi Gras to produce a beautiful one-off publication to mark the 40th anniversary of this iconic event. With an overarching theme of ‘Party or Protest?’, this book-style magazine is filled with amazing images and unmissable moments looking at its evolution from protest origins to world famous celebration.

The magazine is edited and curated by the writer, producer and performer Maeve Marsden who curates LGBTQIA storytelling project, Queerstories, and has been published in Sydney Morning Herald, The Guardian, Junkee, SBS Online, Daily Review and Gay News Network. Maeve often speaks out on issues such as the rights of diverse families and feminism, and on top of this, she’s hilarious.

The $16.95 cover price includes a $2 donation to the Mardi Gras Grants Scheme