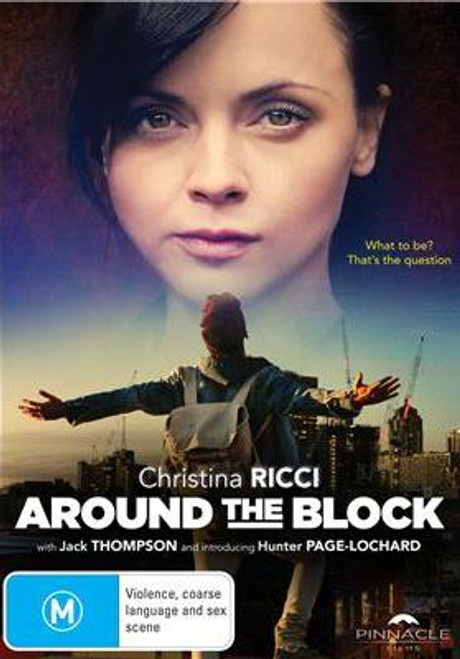 This film from out lesbian Aussie filmmaker Sarah Spillane stars Christina Ricci and a great local cast including Ruby Rose, Andrea Demetriades and Jack Thompson, and is set in Redfern!

Dino Chalmers (Ricci), is an edgy and charismatic drama teacher from America with a passion for Shakespeare. When the opportunity arises for her to work at a school in the economically depressed, largely Aboriginal neighborhood of Redfern in Sydney, she embraces the chance to open the eyes of her students to a world of opportunity far removed from the troubles of the inner city streets they've grown in. Through getting them involved in a production of Hamlet, she hopes to inspire them and keep them from the world of crime, destitution and racism that is all they've known.

In particular, she focuses on Liam (Hunter Page-Lochard), a sixteen year old Aboriginal boy with a talent in dancing and acting. He has had run-ins with the law and issues with his family, but wants to embrace this chance to live his truth. Influenced by her interactions with him, she discovers that she must practice what she preaches if she is to find fulfilment in her personal life. While she is now in a relationship with a man, and contemplating a conventional middle-class heterosexual life, she begins to explore her sexuality again (meeting the Ruby Rose character in a lesbian bar and setting up an extended steamy love scene). Dino's journey towards truth and integrity leads her to acknowledging that her true love is her ex-girlfriend Kate (Andrea Demetriades).

Around the Block gives us an emotional and aspirational journey of hope, triumph and believing in yourself against the odds.