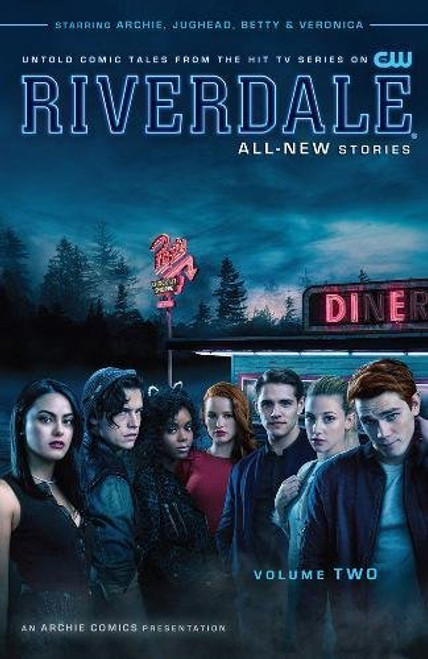 From Roberto Aguirre-Sacasa and the writers of the CW's Riverdale comes the second collection of the comic book set in the universe of the TV series. RIVERDALE VOL. 2 offers a bold, subversive take on Archie, Betty, Veronica, Josie & the Pussycats and their friends, exploring small-town life and the darkness bubbling beneath Riverdale's wholesome facade.

Set in the same universe as the hit CW series, Vol. 2 features stories set in between episodes of the new CW TV series Riverdale:

* Meet Kevin Keller: an openly gay, well-liked member of Riverdale. Unfortunately, Kevin's likability doesn't always translate to romance, and finding a suitable partner in Riverdale is harder than you might think!
* Get a peek into what makes Riverdale High hot-shots Reggie Mantle and Josie McCoy tick. Reggie's used to getting what he wants, and sets his romantic sights on the lead singer of the Pussycats. But when Josie turns him down, just how far will Reggie go to convince her he's worth an audition?
* See all the secrets Pop Tate overhears in his day-to-day business, told through four vignettes in four different booths!
* Dilton Doiley has always been a little...borderline, but when his science teacher tells the class about an astronomical event they'll be observing, Dilton's worst fears are confirmed--the end of the world is nigh! As he takes drastic steps to prepare, Jughead is caught in a dilemma--should he humor Dilton or try to stop him? And what if Dilton's right...

Sense of Wonder : My Life in Comic Fandom - The Whole Story

Saint Anthony In His Desert