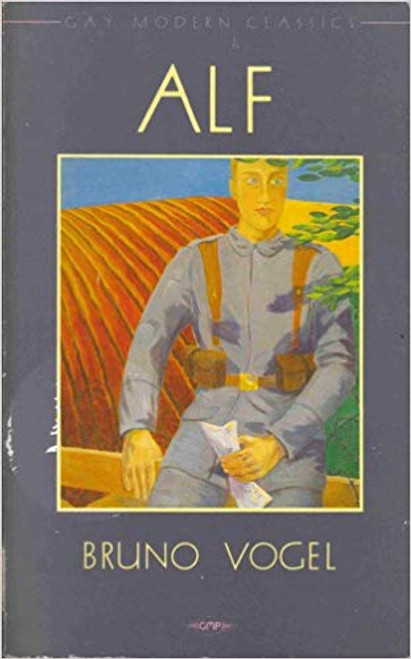 On the one hand, it is correct to class ALF as gay literature. Its story turns on the coming of age of the hero, Alf, and his friendship with Felix. The book is clearly aimed at the legal and social oppression of same sex love and relationships in Germany in the early part of the century. Interestingly, the author, Bruno Vogel, was not gay as far as I know and lived most of his life with a woman as long-time companion. He was, rather, a general activist and agitator.
On the other hand, it is equally important to recognize the book at part of the anti-war literature that came out of the pointless horror of World War I. In German one thinks of ALL QUIET ON THE WESTERN FRONT by E.M. Remarque and in English of JOHNNY GOT HIS GUN by Dalton Trumbo. Slightly less well known are two other books that, like ALF, combine the issue of gay sexual orientation with pacifism, DESPISED AND REJECTED by A.J. Fitzroy and, perhaps the best work of the genre and to my knowledge her only work in a modern setting, Mary Renault's THE CHARIOTEER.

All the Conspirators (Vintage Isherwood)