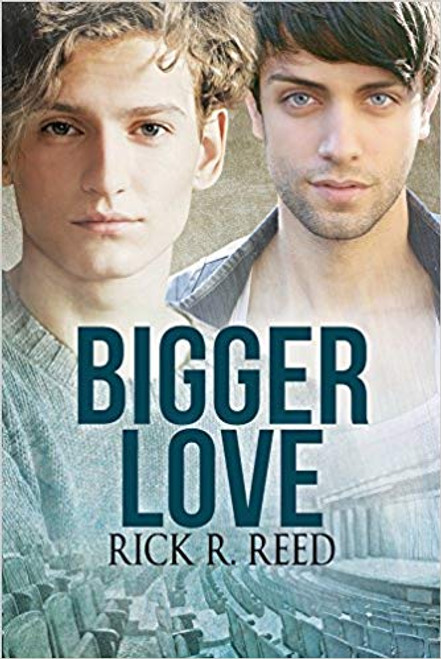 Truman Reid is Summitville High's most out-and-proud senior. He can't wait to take his fierce, uncompromising self away from his small Ohio River hometown, where he's suffered more than his share of bullying. He's looking forward to bright lights and a big city. Maybe he'll be the first gender-fluid star to ever win an Academy Award. But all that changes on the first day of school when he locks eyes with the most gorgeous hunk he's ever seen.

Mike Stewart, big, dark-haired, and with the most amazing blue eyes, is new to town. He's quiet, manly, and has the sexy air of a lost soul. It's almost love at first sight for Truman. He thinks that love could deepen when Mike becomes part of the stage crew for Harvey, the senior class play Truman's directing. But is Mike even gay? And how will it work when Truman's mother is falling for Mike's dad?

Plus Truman, never the norm, makes a daring and controversial choice for the production that has the whole town up in arms. See how it all plays out on a stage of love, laughter, tears, and sticking up for one's essential self.

A tone of authentic tenderness and yearning, completely without artifice, suffuses Reed's engaging Appalachian tale of high-school gay love. Truman's self-confident demeanor, complete with makeup and glitz, masks his fear of more ridicule and beatings. He longs for the big city, where "he could be the person he was meant to be . . . with bright lights, skyscrapers, and . . . cosmopolitan people," even though he keeps busy, directing the senior play. When a gorgeous young man, Mike, boards the school bus, Truman is drawn to him, then discovers that his single mom's suitor, George, is this mysterious stranger's dad. Reed beautifully conveys the loving mother-son bond, an unusual facet in romance novels, to great effect as Truman, though jealous of George, struggles to become a man, support his mom in their "run-down house," and develop a meaningful relationship with Mike. A romantic coming-of-age struggle that succeeds on many levels.
-- Whitney Scott, BOOKLIST

Sins of the Son (Arcadia Trust #3) - signed by the author