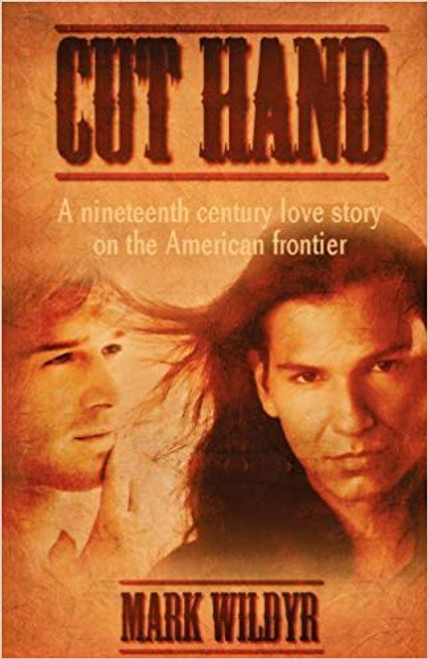 Homosexuals have been with us forever; queers, pansies, and fags are inventions of European civilizations. But, many New World native cultures view “Two-Spirit” people through more respectful eyes.

Cut Hand is a romantic action epic set in the early 1800s about an unorthodox love between a white youth on the American frontier, escaping his family's past, and a young Indian warrior destined for the leadership of his tribe. Billy Strobaw's world turns on its axis at his surprising and unexpected physical reaction to a young Indian he and two traveling companions take captive. The handsome warrior, Cut Hand, not only earns his freedom, but also steals Billy's heart and prevails upon the American to come live among his people. Plunged into a strange culture where his lust for another man is not regarded as disgraceful, Billy agrees to become Cut's winkte wife, an act that brings problems, but not from the direction he anticipated. As the two men work to overcome differences in their cultural backgrounds, Billy comes to understand these Native Americans have as much to offer him as he has to share with them. The sexuality of the protagonists becomes merely a personal footnote in the struggle of the Plains tribes to preserve a way of life that has served them well for generations. Told partially in Colonial and early American English, the novel follows the lives of these two lovers from 1832 to 1861, thirty tumultuous years on young America's frontier. Also check out the sequel to this book, River Otter.

And the Dark Sacred Night

The Case of the Rising Star: A Derrick Steele Mystery