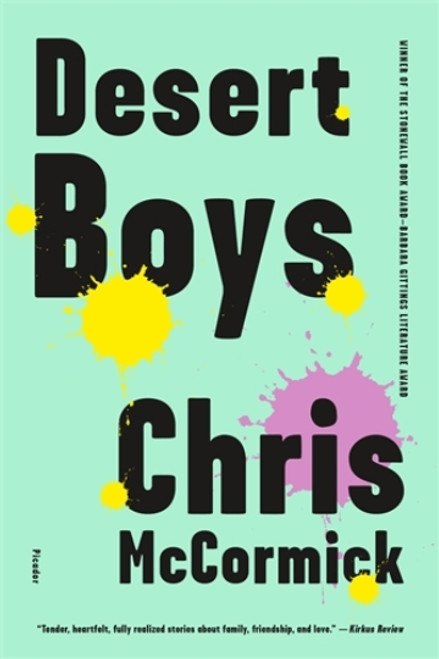 In the tradition of startling debuts such as We, the Animals by Justin Torres, Desert Boys follows the life of Daley Kushner, growing up, coming out, and grappling with the remnants of his childhood in California’s Mojave Desert. This series of powerful, linked stories illuminates Daley's world—the family, friends, and community that have both formed and constrained him, and his new life in San Francisco. Back home, the desert preys on those who cannot conform: an alfalfa farmer on the outskirts of town; two young girls whose curiosity leads to danger; a black politician who once served as his school’s Confederate mascot; Daley’s mother, an immigrant from Armenia; and Daley himself, introspective and queer. Meanwhile, in another desert on the other side of the world, war threatens to fracture Daley’s most meaningful—and most fraught—connection to home, his friendship with Robert Karinger.

Both a bildungsroman and a portrait of a changing place, Desert Boys traces the development of towns into cities, of boys into men, and the terrain between the desire to escape and the hunger to belong.

Deal With the Devil : The Death of Matthew Leveson and the Ten-Year Search for the Truth