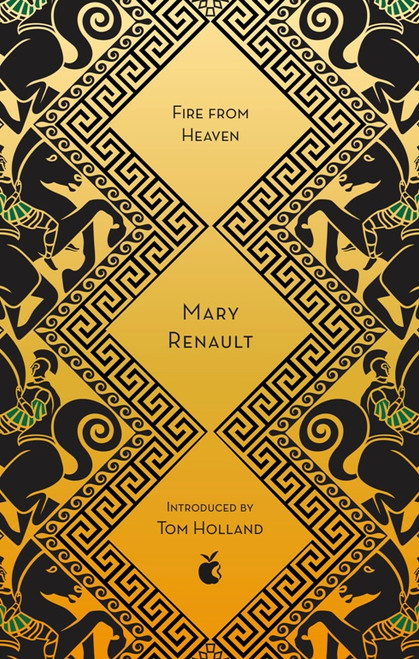 This it the first in the ground-breaking Alexander Trilogy written by Mary Renault - a trilogy which was a landmark in historical fiction as it was psychologically intense, but also very entertaining. Renault was also one of the first to write explicitly about Alexander's homosexuality (the first book of the trilogy was written in 1969), treating the tradition of male warrior lovers in ancient Greece as a norm of the times.

Alexander's beauty, strength and defiance were apparent from birth, but his boyhood honed those gifts into the makings of a king. His mother, Olympias, and his father, King Philip of Macedon, fought each other for their son's loyalty, teaching Alexander politics and vengeance from the cradle. His love for the youth Hephaistion taught him trust, while Aristotle's tutoring provoked his mind and Homer's Iliad fuelled his aspirations. Killing his first man in battle at the age of twelve, he became regent at sixteen and commander of Macedon's cavalry at eighteen, so that by the time his father was murdered, Alexander's skills had grown to match his fiery ambition.

Published as part of a beautifully designed series to mark the 40th anniversary of the Virago Modern Classics, this edition has an introduction by Tom Holland.

Mary Renault (1905-1983) was born in London and educated at St Hughs, Oxford. She trained as a nurse at Oxford's Radcliffe Infirmary, where she met her lifelong partner, Julie Mullard. Her first novel, Purposes of Love, was published in 1937. In 1948, after North Face won a MGM prize worth $150,000, she and Mullard emigrated to South Africa. There, Renault was able to write forthrightly about homosexual relationships for the first time - in her masterpiece, The Charioteer (1953), and then in her first historical novel, The Last of the Wine (1956). Renault's sympathetic treatment of love between men would win Renault a wide gay readership. In 2010 Fire From Heaven was shortlisted for the Lost Booker of 1970.