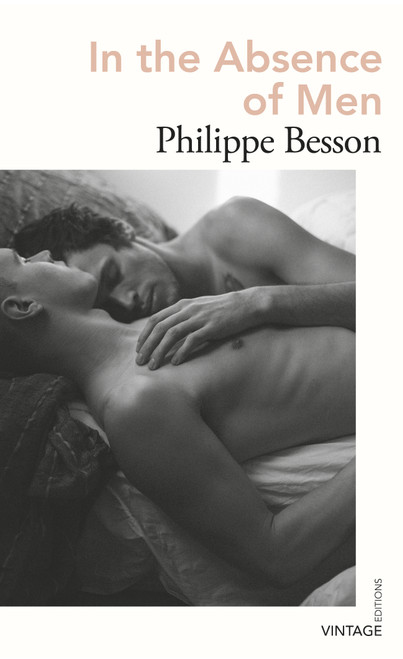 FROM THE BESTSELLING AUTHOR OF LIE WITH ME

It is the summer of 1916 and, with German Zeppelins on the skyline, the men of Paris are off at war. For Vincent, the sixteen-year-old son of a prestigious family, the tranquility of the city sits at odds with the salons and soirees he attends. But, after an electrifying encounter with the enigmatic writer, Marcel P, draws Vincent’s desires out into the light, his ever-riskier liaisons with a young solider begin to shape Vincent’s future.

'A short, bold and original novel which beautifully captures the romance and amorality of gilded youth.' - Independent

"Philippe Besson is that rare writer who can translate longing, intimacy, and impossible love into a work of subtle beauty and poignant storytelling. His bestselling Lie With Me seduced readers with the haunting memory of an affair between two teenage boys in 1980s France. Now In the Absence of Men, he transports us to Paris during WWI. Vincent de l’Etoile is a sixteen-year-old, upper-class French youth who becomes entranced by the possibility of an intensely romantic, platonic relationship with a middle-aged homosexual, who is none other than the legendary writer Marcel Proust. Through their encounters in literary salons and Parisian streets, Proust unexpectedly helps Vincent make sense of his feelings and desires toward Arthur, who had left Paris for war. Arthur is the soldier son of a family servant and Vincent’s childhood friend - but his longing for Arthur must also confront the class rifts between them and the haunting impossibility of their future together. Each letter that arrives from Arthur brings forth the troubling and morbid possibility that another letter may not follow. Meanwhile, Vincent feels a growing romantic attachment to Proust, although there is the vast obstacle of the age difference between them. Written in lyrical, seductive, and intimate prose, In the Absence of Men is perfect for fans of Andre Aciman's Call Me By Your Name and Tomasz Jedrowski's Swimming in the Dark. But only a masterful writer, like Besson, can capture and unload such subtlety and nuance into his words."