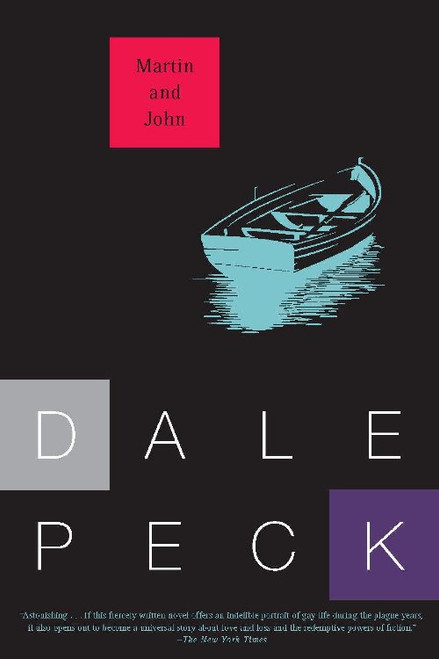 This is a welcome reissue of Dale Peck’s debut novel which was provocatively titled Fucking Martin for its UK/Australian publication. The narrative structure is unconventional in this poetic, tightly compressed novel composed of a feverish sequence of vignettes - the reminiscences of John, a gay man, as he tries to come to terms with the death of his lover, Martin, from AIDS.

Some episodes straightforwardly recount John's life: abused by his hostile father, he escapes to New York and survives by becoming a hustler; he falls in love with Martin, and moves with him to Kansas, where Martin dies. Alternating with this account are "stories" written by John, in each of which different, spiritual versions of the narrator (named John) and of a chameleonic character named Martin work their way through states of need, surrender and bereavement. Subtle but highly charged, the fragments carry the reader continually deeper into human mystery, and what we at first hear as a fugue on the destructive powers of sexual desire evolves rapidly into a lay psalm that proclaims both the necessity of love and its inevitable loss. This is a novel of operatic intensity, lyric grief and true romantic power.

Me (by Ricky Martin)

Ink in Her Veins : The Troubled Life of Aileen Palmer