The Law of Enclosures 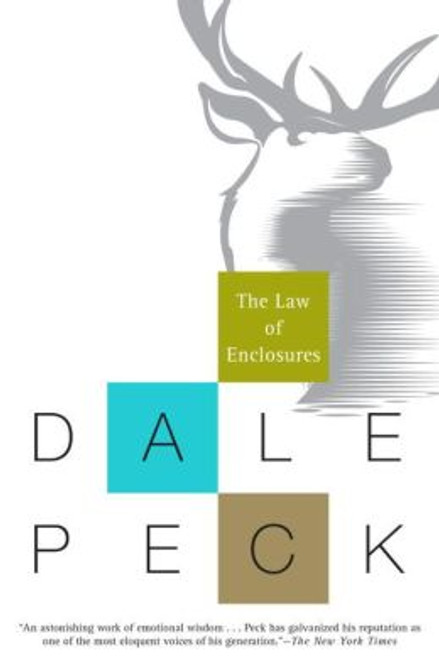 Dale Peck’s second novel offers a searing, nuanced portrait of a marriage across the decades. Beatrice and Henry - the parents of the protagonist of Peck’s debut novel, 'Martin and John' — are first drawn together when the teenaged Henry is battling a brain tumor that he believes will soon claim his life. But forty years later they’re still a couple, in a story that moves from Long Island to the Finger Lakes of upstate New York, and from love to hate and back again. Peck bisects the story of Henry and Beatrice’s marriage with a stunning 50-page memoir about his own father, mother, and three stepmothers, which combines with the primary narrative to build an unforgettable and deeply moving book about the ways that family both creates and destroys us.

'The Law of Enclosures' is the second volume of Gospel Harmonies, a series of stand-alone books that follow the character of John in various guises as he attempts to navigate the uneasy relationship between the self and the postmodern world.

The Impossible Lives of Greta Wells

The Lost Language of Cranes