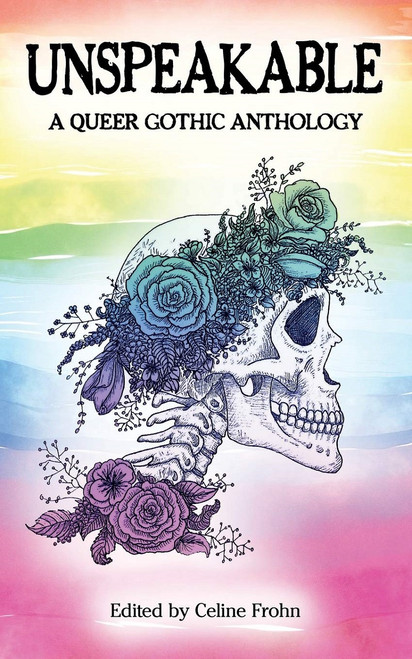 Unspeakable is an anthology featuring eighteen queer Gothic tales, engaging both with the historical roots of the genre as well as diving into contemporary tropes! After a successful Kickstarter campaign, we are now hard at work polishing the stories to represent the very best of queer Gothic fiction. Expect a lot of spookiness, excitement, and a lot of queer.

The anthology features sapphic ghosts, terrifying creatures of the sea, and haunted houses concealing their own secrets. Whether you’re looking for your non-binary knight in shining armour or a poly family to murder with, Unspeakable showcases the best contemporary Gothic queer short fiction. Even dark tales deserve their time in the sun.