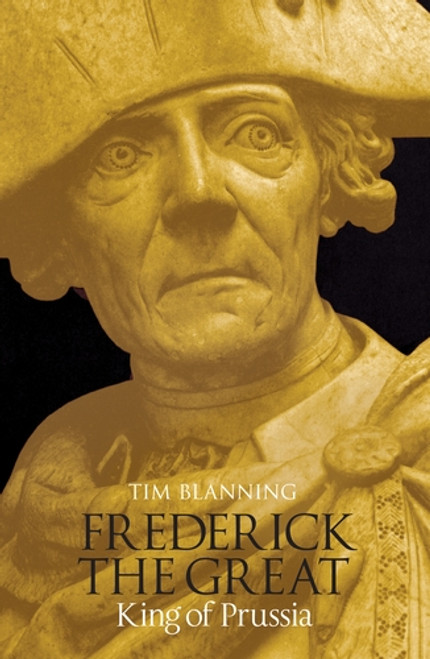 Frederick the Great, King of Prussia, dominated the eighteenth century in the same way that Napoleon dominated the start of the nineteenth. He was a force of nature, a ruthless, brilliant, charismatic military commander, a monarch of exceptional energy and talent, a gifted composer, performer, poet and philosopher, and a discerning patron of artists, architects and writers, most famously Voltaire. From the very start of his reign he was an intensely divisive figure - fascinating even to those who hated him.

Equally at home on the battlefield or in the music room at Frederick's extraordinary miniature palace of Sanssouci, Blanning draws on a lifetime's immersion in the eighteenth century to present him in the round, with new attention paid to his cultural self-fashioning, including his sexuality. According to Blanning he was almost certainly homosexual. Frederick lavished attention on handsome young men, built a mock-temple celebrating male lovers in classical antiquity, and had nothing to do with his dynastically imposed wife (and no children by her). His bullying and sadistic father, Frederick William I, denounced Frederick for his ‘effeminacy’ and tried to stamp out any interest in unmanly things such as poetry and music. The teenaged Frederick tried to flee to England; his father imprisoned him and forced him to watch the execution of the young officer who had helped him, and who may have been his lover.

Tim Blanning's brilliant new biography captures Frederick's vitality, complexity and flawed genius better than any previous writer. He also recreates a remarkable era, the last flowering of the old regime that would be swept away almost immediately after Frederick's death by the French Revolution.

A Man's World : The Double Life of Emile Griffith

Every Time a Friend Succeeds Something Inside Me Dies: The Life of Gore Vidal