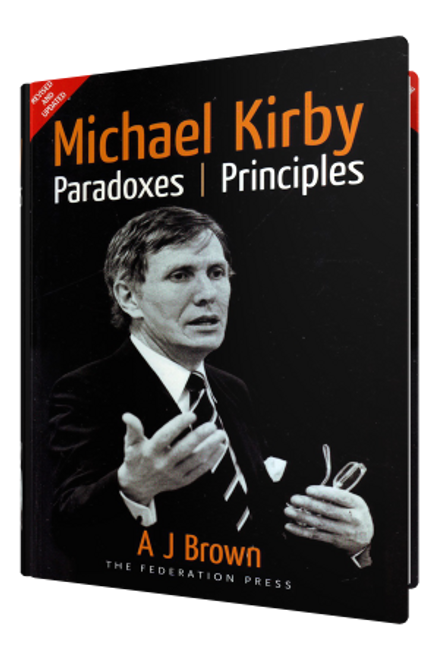 This biography charts Michael Kirby's extraordinary public life from his first forays as a student politician in the early 1960s, to his appointment as Justice of the High Court of Australia.

Internationally, Kirby has been a leader in law reform and human rights with the OECD, UNESCO, UN Human Rights Commission and the WHO Global Program on AIDS. A J Brown reveals Kirby's difficult and often challenging personal path as judge, public intellectual and gay man. He shows the sharp contrast between Kirby's 30-year love affair with controversial public issues and the reality of a man whose underlying message is deeply traditionalist - that people should have faith in the status quo of political institutions, even the monarchy. He shows also how Kirby's most constant companion - publicity - has been a double-edged sword. Behind his active courtship of an unprecedented judicial profile lay a passion for principles and the social relevance of the law, but it drove him into fierce conflict with the many judges and politicians who questioned whether such celebrity was compatible with judicial life. The slow coming together of his personal, professional and public lives culminates in sharp moments of truth - for Kirby, for powerful institutions, and for a society learning to cope with the challenges of change. Also check out these other books about  Michael Kirby.

Cardinal : The Rise and Fall of George Pell (Revised and Updated Edition)