The Whole World Was Watching : Living in the Light of Matthew Shepard 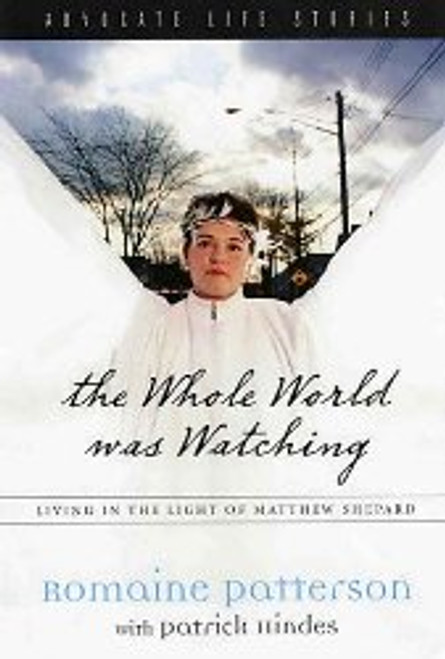 On the evening of Thursday, October 8, 1998, 20-year-old Romaine Patterson received a phone call that her best friend, Matthew Shepard, had been beaten and left hanging on a split-rail fence outside Laramie, Wyoming. Romaine was then thrust to the center of the worldwide media frenzy that descended on Laramie, and she came face-to-face with twisted homophobia when Baptist minister Fred Phelps and his followers picketed Matthew's funeral with signs reading, âMatt burns in hell.â Upon learning of Phelps' plan to bring his ministry of hate to support Matt's killers at their trial, Romaine went into action.

Who can forget the image of Romaine and her friends donning seven-foot angel wings so they could encircle Phelps and his gang, leaving the picketers silent and invisible? From that moment forward, Romaine has become a spokesperson for tolerance, acceptance, and nonviolence around the globe, whether as a founder of Angel Action, as a consultant for The Laramie Project (the award-winning play that has been produced hundreds of times and became an acclaimed HBO film starring Christina Ricci as Romaine). In one of their last conversations, Matt told Romaine that he wanted to spend his life helping people realize that they as individuals could make a difference in the world. This is Romaine Patterson's journey to realizing the truth of that statement.  This book also  features  a Foreword by Matthew's mother, Judy Shephard, author of The Meaning of Matthew: My Son's Murder in Laramie, and a World Transformed.

The Meaning of Matthew: My Son's Murder in Laramie, and a World Transformed

The Book of Matt : The Real Story of the Murder of Matthew Shephard

Deal With the Devil : The Death of Matthew Leveson and the Ten-Year Search for the Truth

The Crimes Of Elagabalus: The Life and Legacy of Rome’s Decadent Boy Emperor