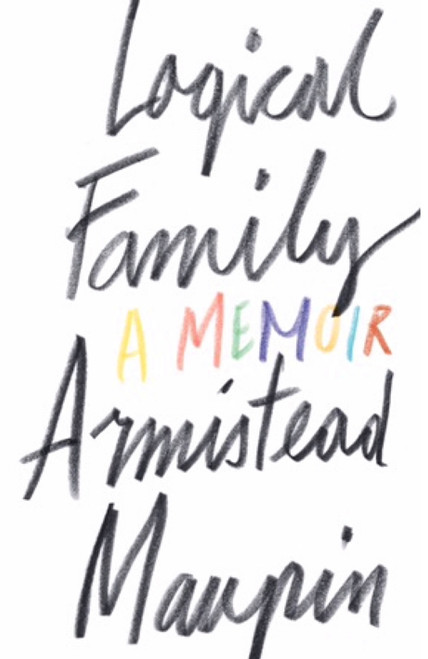 In this long-awaited memoir, the beloved author of the bestselling ''Tales of the City'' series chronicles his odyssey from the old South to freewheeling San Francisco, and his evolution from curious youth to ground-breaking writer and gay rights pioneer.

Born in the mid-twentieth century and raised in the heart of conservative North Carolina, Armistead Maupin lost his virginity to another man "on the very spot where the first shots of the Civil War were fired." Realizing that the South was too small for him, this son of a traditional lawyer packed his earthly belongings into his Opel GT (including a beloved portrait of a Confederate ancestor), and took to the road in search of adventure. It was a journey that would lead him from a homoerotic Navy initiation ceremony in the jungles of Vietnam to that strangest of strange lands: San Francisco in the early 1970s.

Reflecting on the profound impact those closest to him have had on his life, Maupin shares his candid search for his "logical family," the people he could call his own. "Sooner or later, we have to venture beyond our biological family to find our logical one, the one that actually makes sense for us," he writes. "We have to, if we are to live without squandering our lives." From his loving relationship with his palm-reading Grannie who insisted Maupin was the reincarnation of her artistic bachelor cousin, Curtis, to an awkward conversation about girls with President Richard Nixon in the Oval Office, Maupin tells of the extraordinary individuals and situations that shaped him.

Maupin recalls his losses and life-changing experiences with humor and unflinching honesty, and brings to life flesh-and-blood characters as endearing and unforgettable as the vivid cast who populate his enchanting novels. What emerges is an illuminating portrait of the man who depicted the liberation and evolution of America’s queer community over the last four decades with honesty and compassion — and inspired many to claim their own lives.

Recommended by Graeme - read his review below.

'Armistead Maupin is internationally famous as a writer and LGBTI activist and in writing this memoir, it must have been tempting to dismiss or gloss over the long years he spent in the closet. Most of his twenties were spent in a chaste state of avoidance as ‘a virginal Aunt Pittypat’. But to his credit, Maupin devotes almost half of this book to those years, even though he was a completely different person, set on pleasing his Southern father and aping his deeply conservative Republican views. He served enthusiastically in the Vietnam War and was rewarded with an audience with President Richard Nixon! But Maupin’s journey is likely to be all too familiar to many gay men who felt or feel compelled by bonds of family, upbringing, religion, politics, or simply the necessity to fit in or conform. What freed Maupin to become himself was a job offer as a journalist in San Francisco, which took him far across the country, away from the influence and constraints of his family and background. He quickly embraced all the new freedoms San Francisco offered. His first apartment was a block from Lafayette Park and a very busy beat. Then he discovered the bath-houses - Dave’s, Ritch Street and The Club.

There is a section about his first awestruck meeting with Rock Hudson and how they developed a friendship. Though Maupin (fresh from the closet and duly enthusiastic) became frustrated by Hudson’s inability to contemplate these freedoms for himself. He became a cruising sidekick to Rock and occasional sex buddy, though the friendship effectively ended when Hudson’s AIDS diagnosis hit the headlines and Maupin confirmed that he was gay to a journalist. He ‘outed’ him before the term had even been coined and copped considerable criticism for his action, but doesn’t shrink from what he did. ‘Once the press could talk about Rock’s homosexuality, a whole new dialogue could open about AIDS and the people whose suffering had been ignored...Rock’s hospital room received 35 000 letters of support from fans saying they loved him just the way he was.’

Fans of the Tales of the City series of books will delight in all the detail about the genesis of those novels (they began as a newspaper serial) and the specific details that fed into the creation and development of those popular characters. The  famous coming out ‘Letter to Mama’ from Tales (reprinted as an epilogue in this book) was Maupin’s own coming out to his mother when the serialised story was published in the newspaper. It elicited absolutely no response at the time, though later in this memoir there is a moving scene of acceptance. Maupin’s parents visit him in San Francisco, meet and enjoy the company of his friends, and even take the initiative to attend a spontaneous memorial for Harvey Milk who was murdered during their visit.

This memoir is Armistead Maupin’s best work to date. The writing is more nuanced than his Tales novels and his account of his slow awakening and transformation is candid and unsentimental. He is unafraid to paint himself in a unfavourable light and his story will ring true for many, especially those of his generation. But more importantly this is a book that may provide a wake-up call or inspiration to those who still struggle with the closet and its confining strictures.'

"A book for any of us, gay or straight, who have had to find our family. Maupin is one of America’s finest storytellers, and the story of his life is a story as fascinating, as delightful and as compulsive as any of the tales he has made up for us."—Neil Gaiman

“Master storyteller Armistead Maupin — the man who defined the difference between ‘a biological family’ and ‘a logical family,’ who is both gifted with fearless art and the ability to speak for millions — finally tells his own story. Logical Family is a sweet, filthy peach of a memoir from a cultural explosion of a man.” — Caitlin Moran

“I fell in love with Maupin's effervescent Tales of the City decades ago, and his genius turn at memoir is no less compelling. Logical Family is a must read.” — Mary Karr

“Delightful, humorous, explicit in places, deeply sad – and deliciously gossipy. In short, he’s a hero: and this is a total treat.” — The Bookseller

The Reminders (B Format Paperback)