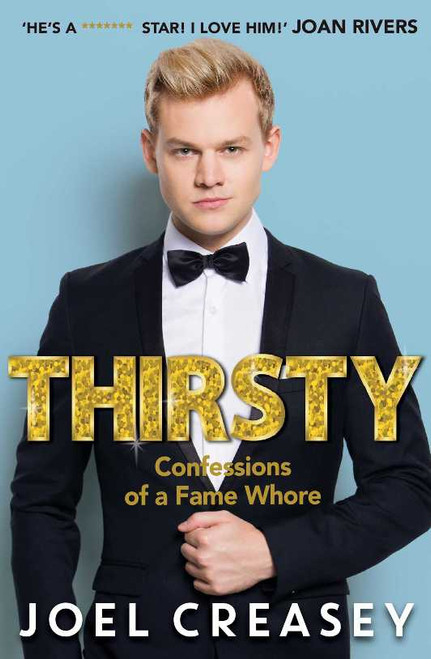 A hilarious rollercoaster ride of life behind the curtains with Australia's funniest rising star of comedy, and gay icon, Joel Creasey.

Joel Creasey has known he wanted to be on the world’s stage since he was in short pants, and nothing was going to get in his way. After his first stand-up performance at 17, he had to follow his dream – that is, to always have the spotlight on him.

His breakout moment was appearing on ''I’m a Celebrity Get Me Out of Here'', and now he's a comedy superstar, performing non-stop at sellout events in Australia and around the world. Even the late, great comedy superstar Joan Rivers was a fan, inviting him to open for her Broadway shows, which he did for years.

Like Joel, ''Thirsty'' is acerbically funny, and full of his most personal, hilarious, joyous, heartbreaking, outrageous, ridiculous and scandalous stories. From what it’s like to be growing up gay in suburban Australia, with parents who understand the call of the spotlight - his mum was a West End actress, his dad starred in the famous Solo Man advertisements and both his parents were extras in Star Wars – to his early life at school, finding his comedy and what life is like on the road now.

From the ridiculous (visiting the anti-gay capital of Australia) to the sublime (opening for his idol Joan Rivers), this is the story of a hopeless romantic who believes women should run the world and men should just kiss him.

Kid Gloves : A Voyage Round My Father