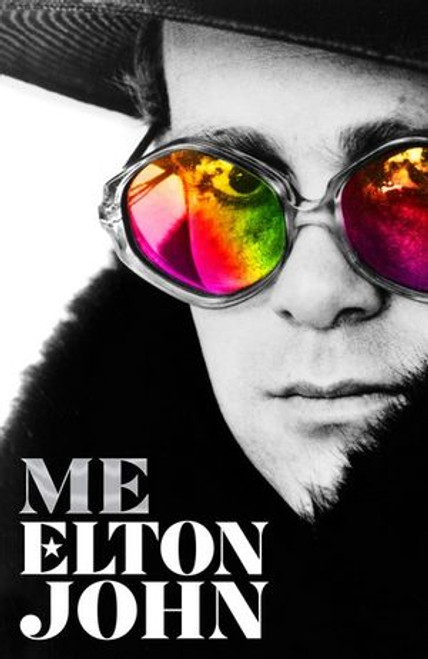 In his first and only official autobiography, music icon Elton John reveals the truth about his extraordinary life, which is also the subject of the upcoming film Rocketman. The result is Me - the joyously funny, honest and moving story of the most enduringly successful singer/songwriter of all time.

Christened Reginald Dwight, he was a shy boy with Buddy Holly glasses who grew up in the London suburb of Pinner and dreamed of becoming a pop star. By the age of twenty-three, he was performing his first gig in America, facing an astonished audience in his bright yellow dungarees, a star-spangled T-shirt and boots with wings. Elton John had arrived and the music world would never be the same again.

His life has been full of drama, from the early rejection of his work with song-writing partner Bernie Taupin to spinning out of control as a chart-topping superstar; from half-heartedly trying to drown himself in his LA swimming pool to disco-dancing with the Queen; from friendships with John Lennon, Freddie Mercury and George Michael to setting up his AIDS Foundation. All the while, Elton was hiding a drug addiction that would grip him for over a decade.

In Me Elton also writes powerfully about getting clean and changing his life, about finding love with David Furnish and becoming a father. In a voice that is warm, humble and open, this is Elton on his music and his relationships, his passions and his mistakes. This is a story that will stay with you, by a living legend.

"What distinguishes this autobiography is its narrative voice - witty, self-deprecating and gossipy. And although the book contains numerous gossip titbits, they tend to be humorous rather than nasty. Elton has decades of wonderful stories and anecdotes - many at his own expense, especially during his cocaine and alcohol-fuelled years - and this candid narration is entertaining, enlightening and occasionally eyebrow-raising. He has written the book from a place of sobriety, so can look back on his years of excess from a place of distance and reflection but also amusement and bemusement at his own antics. But who would have guessed  that Elton was such great mates with his rock star peer Rod Stewart that they have drag names for each other (Elton is Sharon, Rod is Phyliss), and that they both took a catty delight in each others disasters? When Elton made his ill-advised marriage to Renate Blauel in Sydney, Rod sent a telegram, referencing one of Elton’s well-known songs - ‘You may still be standing, dear, but the rest of us are on the fucking floor.’ This marriage was also a most startling development to Elton’s on-off Australian boyfriend Gary at the time! But Elton was operating in the grip of numerous addictions - cocaine, alcohol, food, and perhaps shopping! - and the marriage was made at the height of this time. Common sense didn’t come into it. When Elton finally made the decision to seek help, he found it difficult to find a facility able to treat all his addictions simultaneously rather than one at a time! His cocaine addiction even seemed to be common knowledge amongst the Royal Family - when Elton encountered the Queen’s cousin Princess Alexandra at a charity concert, she enquired , “How do you have so much energy onstage? Do you take a lot of cocaine?” If you are of a certain age and lived through the 1970s, 1980s and beyond, and especially if you’re a gay man, this book will strike chords - and strike them just as outlandishly as Elton did when he performed. And even if you are not the biggest fan of Elton’s music, the book has the same vivacity that Elton had on stage - his voice is captivating."