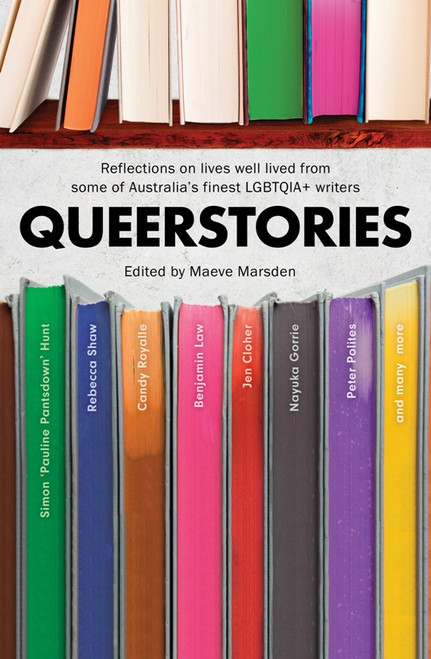 There's more to being queer than coming out and getting married. This exciting and contemporary collection contains stories that are as diverse as the LGBTQIA+ community from which they're drawn.

MAEVE MARSDEN is a writer, director, producer and performer. Her writing has appeared in the Sydney Morning Herald, Guardian Australia, Junkee, SBS Online, ArtsHub and Daily Review, and she recently edited the ABC's Sydney Mardi Gras 40th Anniversary Magazine. Maeve produces, directs and performs in comedy, cabaret, live music and storytelling, enjoying critically acclaimed seasons at Sydney Festival, the Sydney Opera House, Adelaide Cabaret Festival, Melbourne International Comedy. As a child of same-sex parents, Maeve is passionate about the rights of diverse families, and she writes and speaks on the issue often, appearing in ABC2 documentary Growing Up Gayby and consulting on feature documentary, Gayby Baby.

Pink Is for Boys