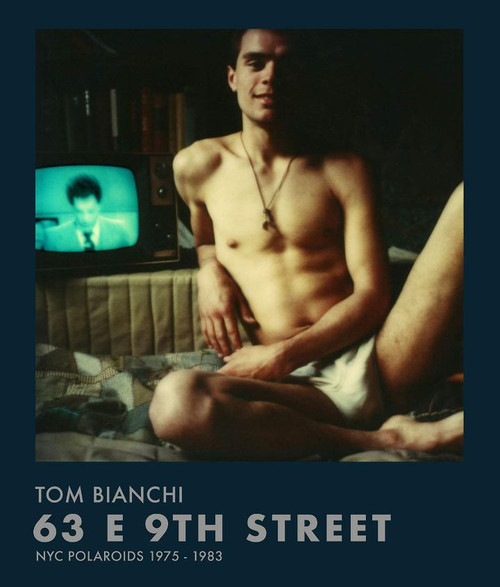 In 1975 Tom Bianchi moved to New York City and took a job as in-house counsel at Columbia Pictures. That first year Tom was given a Polaroid SX – 70 camera by Columbia Pictures at a corporate conference. He took that camera to the Pines on summer weekends, those pictures became the book, 'Fire Island Pines. Polaroids 1975 – 1983' published in 2013.

Now some 44 years later we finally get a first look at another extraordinary collection of polaroids by Tom taken in his NYC apartment at 63 East 9th Street. Whereas Fire Island is an expansive communal experience happening on a sunny sand bar outside of the city under huge open skies, Tom’s New York apartment was an intimate track lit den, a safe stage where he and his friends invited each other to play out their erotic night games. Tom’s 'NYC Polaroids' take us behind the closed door of his apartment, “Back then we were in the early days of a revolution that seemed inevitably headed to a more loving, playful and tolerant way of being. We were innocents.” Bianchi recalls.

This is an essential companion book to 'Fire Island Pines' and an important document of urban gay life.