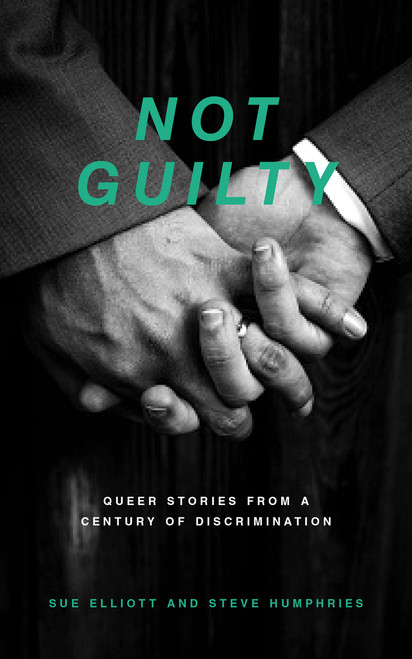 Only fifty years ago, sex between men was a crime. The 1967 Sexual Offences Act changed that in part, but it was only the beginning of the long fight for equality in the eyes of the law, in society and in millions of private lives.

This vital new oral history – to accompany a BBC Channel 4 documentary of the same title – tells that story through the lives of gay men who lived through those years. Built around the intimate testimonies of some exceptional but largely unknown characters, it tells previously untold stories of denial, deceit, and subterfuge, public pain, and secret pleasure through the ten tumultuous decades before and since that watershed Act.

The human variety of gay experience is all here: lives lived in joyous defiance of the law and a repressive society; others always in fear of a prurient tabloid press. Those committed to love and others to licence: lifelong affairs alongside casual sex. This 50th anniversary year is a timely moment to remember not to take for granted the equal treatment denied those who went before. This vibrant celebration of past achievements and hard won freedoms offers a powerful reminder of how much has changed in the past fifty years, and a warning that hard-won freedoms can so easily be eroded in uncertain times.

'' 'Not Guilty' does what social history should do, it allows voices from the past to rise up and speak directly to us. An incredibly moving and ultimately inspiring read." - Stephen Fry

"Half a century on, it's hard to imagine the Britain that a glorious handful of campaigners helped change for ever. Here are the voices of gay men who lived through the years when equality was unimaginable, in a book that splashes colour on a period so often seen in black and white." - Matthew Parris

"[This is ] a powerful new history of the long, often fraught, road to equality and is nothing short of essential reading. The freedoms we enjoy today have been hard-won by real people on the front lines of equality and this book eloquently weaves their stories together. This is our history and we should all know it." - Attitude Magazine