The Disinherited : A Story of Family, Love and Betrayal 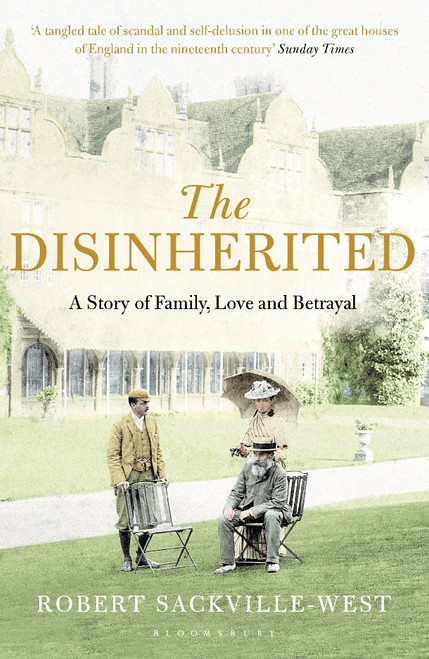 In the small hours of the morning of 3 June 1914, a woman and her husband were found dead in a sparsely furnished apartment in Paris. It was only when the identity of the couple was revealed in the English press a fortnight later that the full story emerged. The man, Henry Sackville-West, had shot himself minutes after the death of his wife from cancer; but Henry's suicidal despair had been driven equally by the failure of his claim to be the legitimate son of Lord Sackville and heir to Knole.

The Disinherited reveals the secrets and lies at the heart of an English dynasty, unravelling the parallel lives of Henry's four illegitimate siblings: in particular his older sister, Victoria, who on becoming Lady Sackville and mistress of Knole, by marriage to her first cousin Lionel, the legitimate heir. While Victoria and Lionel entertained the Prince of Wales, her brothers and sisters struggled to make ends meet and eventually Victoria's younger brother, Henry, obsessed with the circumstances of his birth and convincing himself that he was his father's legitimate heir, brought about a lawsuit in the attempt to prove his case, which had significant consequences for all concerned.

The author, Robert Sackville-West, seventh Lord Sackville, has written an interesting, well-researched and even-handed account of the lives of his ancestors, sharing with his readers a story of disinheritance and deception, of greed and grievance, of sibling rivalry and of damaged individuals who were sadly never able to escape from the unfortunate circumstances of their birth

On Being Different : What It Means to be a Homosexual

Gay Bar: The Fabulous, True Story of a Daring Woman and Her Boys in the 1950s

The Pink Triangle : The Nazi War Against Homosexuals

The World According to Joan

Taking a Chance on God

Tinseltown: Murder, Morphine, and Madness at the Dawn of Hollywood