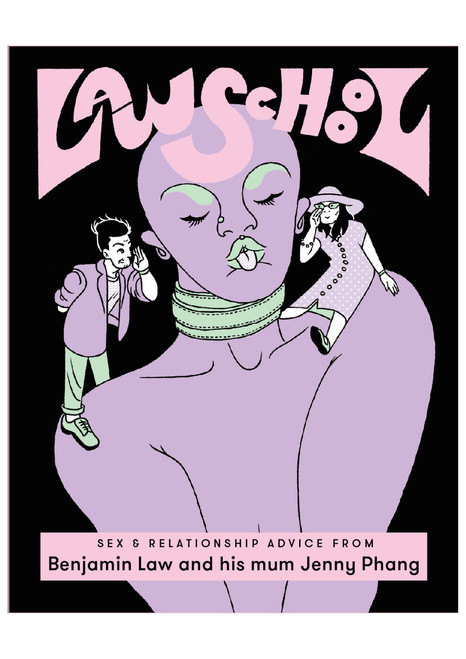 if you've enjoyed the wit and wisdom of Benjamin Law and his mother Jenny Phang, as evidenced in his books and the fictionalised SBS television series 'The Family Law', then you'll love this - a book of sex and relationship advice from the real things!

Do you accidentally get turned-on while watching a nature documentary? Are you dating someone whose tattoos are the worst but you’re having the best sex of your life? Are you feeling emasculated because your girlfriend has had more one-night stands than you? Never fear: the world’s first mother-son sex and relationships advice duo is here to save you from yourself. The longest-running regular column in The Lifted Brow, the ‘Law School’ column has been offering stern warnings, enthusiastic encouragement, and sage (and not-so-sage) wisdom to desperate lovers and sexual adventurists alike since 2011.

This collection brings the best of ‘Law School’ into an excruciatingly funny and semi-explicit illustrated book of advice you never knew you needed. Hilarious, rude, and surprisingly heart-warming, 'Law School' covers the practical and ethical dilemmas of sex and relationships from two very different perspectives. Ben and Jenny challenge the way we think and talk about the intimate, in funny and earnest banter. Their advice will either save your love life, or ruin it forever.

Hardback, Published October 2017, Number of pages to be announced