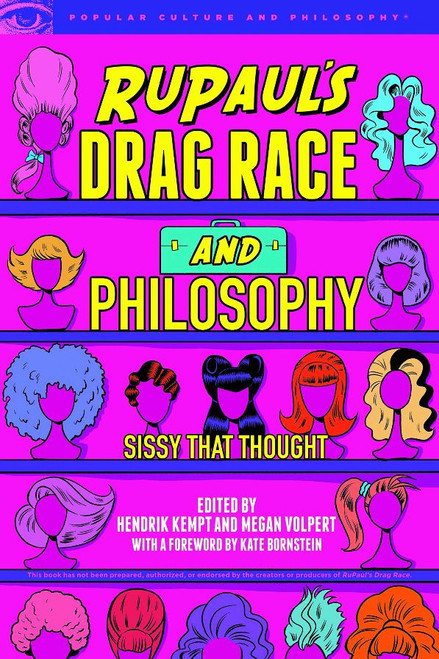 The first truly philosophical exploration of the drag queen in the context of this ground-breaking reality TV show.

As RuPaul has said, this is the Golden Age of Drag—and that’s chiefly the achievement of RuPaul’s Drag Race, which in its eleventh year is more popular than ever, and has now become fully mainstream in its appeal. The show has an irresistible allure for folks of all persuasions and proclivities. Yet serious or philosophical discussion of its exponential success has been rare.

Now at last we have RuPaul’s Drag Race and Philosophy, shining the light on all dimensions of this amazing phenomenon: theories of gender construction and identity, interpretations of RuPaul’s famous quotes and phrases, the paradoxes of reality shows, the phenomenology of the drag queen, and how the fake becomes the truly authentic. The book includes a Foreword by the original "Gender Outlaw" Kate Bornstein.

Legendary Children: The First Decade of RuPaul's Drag Race and the Last Century of Queer Life