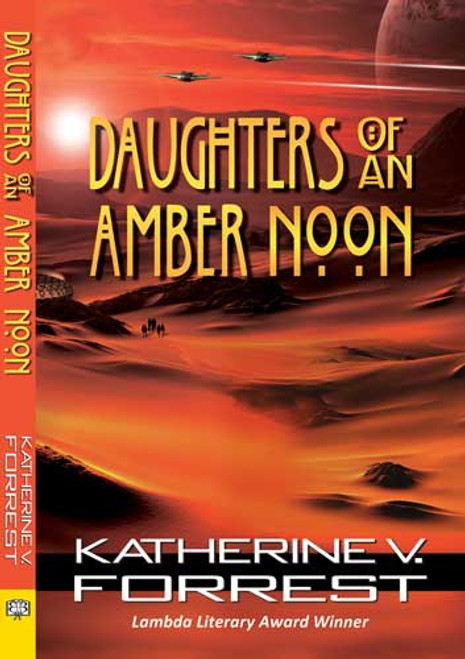 Left behind by their sisters, they’ve become the hunted. In this gripping sequel to Daughters of a Coral Dawn, Katherine V. Forrest tells the story of an Earth beyond nightmare, ruled by dictator Theo Zedera—known simply as Zed—whose weaponry is invincible. With ruthless determination he seeks the vanished women remaining on Earth. Among these women is the leader of the Unity, the extraordinary Africa Contrera, Zed’s childhood friend as well as his colleague and intellectual equal.

As Africa struggles to build a world safe for women, she is haunted by her past—a time when she trusted Zed and shared with him the deadly knowledge he now uses to hunt her. What future can there be for the women who call themselves the Unity? How can they possibly conceal themselves from a world of savagery and a man who intends to find them at any cost?

A brilliant, breathtaking, romantic saga of a divided society and the rebels courageous enough to withstand a brutal new world.

Daughters of an Emerald Dusk

Does She Love You?

Contract with the World