Daughters of an Emerald Dusk 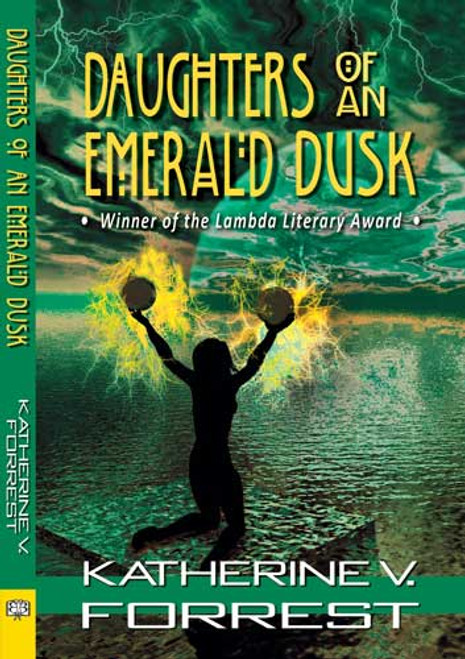 Fifty-five years have passed since 4,000 women escaped a tyrannical Earth and colonized the planet of Maternas. The women of the Unity have brought children into their world, the first in the history of humankind to inherit a legacy of ultimate freedom and possibility.

But these children are a breed unto themselves. They have bonded and communicate with each other in a way the older generation cannot fathom, and most disturbing of all, they question many of the Unity’s cherished precepts, laying claim to a rival standard of conduct.

Into this widening schism walks young Joss. She becomes deeply involved with Emerald, a woman who struggles to locate her long-lost daughter and finds herself caught between two factions in a burgeoning conflict of the gravest proportions.

With Daughters of an Emerald Dusk, Forrest has created her most electrifying, suspenseful, and yes, sexiest novel yet in this acclaimed series that began in 1984 with Daughters of a Coral Dawn.

Does She Love You?

Contract with the World