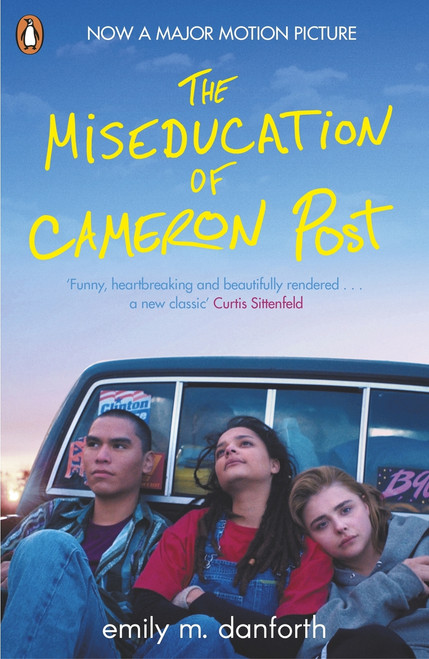 This best-selling novel has been made into a highly praised film starring Chloe Grace Moretz, which won the Grand Jury Prize at the 2018 Sundance Film Festival.

When Cameron Post's parents die suddenly in a car crash, her shocking first thought is relief. Relief they'll never know that, hours earlier, she had been kissing a girl. But that relief doesn't last, and Cam is soon forced to move in with her conservative aunt Ruth and her well-intentioned but hopelessly old-fashioned grandmother. She knows that from this point on, her life will forever be different. Survival in Miles City, Montana, means blending in and leaving well enough alone (as her grandmother might say), and Cam becomes an expert at both.

Then Coley Taylor moves to town. Beautiful, pickup-driving Coley is a perfect cowgirl with the perfect boyfriend to match. She and Cam forge an unexpected and intense friendship - one that seems to leave room for something more to emerge. But just as that starts to seem like a real possibility, ultrareligious Aunt Ruth takes drastic action to “fix” her niece, bringing Cam face-to-face with the cost of denying her true self - even if she's not exactly sure who that is. ''The Miseducation of Cameron Post'' is a stunning and unforgettable literary debut about discovering who you are and finding the courage to live life according to your own rules.

Note: cover art to be finalized

'If Holden Caulfield had been a gay girl from Montana, this is the story he might have told-it's funny, heartbreaking, and beautifully rendered' Curtis Sittenfeld, author of 'American Wife'

'An important book - one that can change lives' Jacqueline Woodson, author of 'Brown Girl Dreaming'

Danforth's narrative of a bruised young woman finding her feet in a complicated world is a tremendous achievement: strikingly unsentimental, and full of characters who feel entirely rounded and real . . . An inspiring read' Sarah Waters, author of 'Tipping the Velvet' and 'Fingersmith'

"Rich with detail and emotion, a sophisticated read for teens and adults alike." Kirkus starred review

The Prince and the Whitechapel Murders : (Zulu Hart 3)

The Gentleman's Guide to Vice and Virtue (Paperback)

It Takes Two to Tumble ( Seducing the Sedgwicks Book One )

Raising the Transgender Child : A Complete Guide for Parents, Families, and Caregivers