Andrea Dworkin: The Feminist as Revolutionary 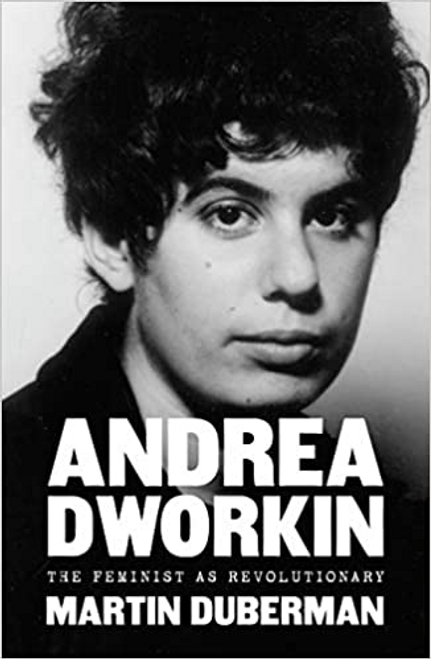 From one of America’s leading biographers, the definitive story of the radical feminist and anti-pornography activist, based on exclusive access to her archives

Fifteen years after her death, Andrea Dworkin remains one of the most important and challenging figures in second-wave feminism. Although frequently relegated to its more radical fringes, Dworkin was without doubt a formidable and influential writer, a philosopher, and an activist—a brilliant figure who inspired and infuriated in equal measure. Her many detractors were eager to reduce her to the caricature of the angry, man-hating feminist who believed that all sex was rape, and as a result, her work has long been misunderstood. It is in recent years, especially with the rise of the #MeToo movement, that there has been a resurgence of interest in her ideas.

This biography is the perfect complement to the widely reviewed anthology of her writing, Last Days at Hot Slit, published in 2019, providing much-needed context to her work. Given exclusive access to never-before-published photographs and archives, including her letters to many of the major figures of second-wave feminism, award-winning biographer Martin Duberman traces Dworkin’s life, from her abusive first marriage through her central role in the sex and pornography wars of the following decades. This is a vital, complex, and long overdue reassessment of the life and work of one of the towering figures of second-wave feminism.

“A sympathetic, clear-eyed portrait that gives Dworkin her due without smoothing over her rough edges.”—Kirkus Reviews (starred review)

“Exhaustive, intimate, and admiring. . . . Through this empathetic and approachable portrait, readers will develop a new appreciation for Dworkin‘s ‘combative radicalism’ and the lifelong, unsteady truce she made with the feminist mainstream.”—Publishers Weekly

“This compelling portrait comprises an essential chapter in the history of feminism and human rights.”—Booklist

“This superlative biography of the woefully misunderstood feminist writer and activist reveals the multiple ways that she was ahead of her time.”—Shelf Awareness

“I wish my friend, Andrea Dworkin, were here to speak and write for herself, but thanks to this landmark biography by Martin Duberman, you will now be able to meet one of the greatest thinkers, writers, and activists of our time. If feminism had a prophet, raging from the hills, warning us of the worst and urging us toward the best, it would be Andrea.”—Gloria Steinem

“Martin Duberman’s assessment of Dworkin’s life and work asks us to meet her where she stood, in a position of fury and uncompromising integrity, rather than compromising her for the sake of our own comfort. I have been waiting for this book.”—Jessa Crispin, author of Why I Am Not a Feminist: A Feminist Manifesto

“A bracing history of one of America’s most maligned and misunderstood insurgent thinkers, this should be read by anyone interested in one of the twentieth century’s most radical and revolutionary movements.”—Soraya Chemaly, author of Rage Becomes Her: The Power of Women’s Anger

“In his warm tribute to this most controversial of second-wave feminists, esteemed historian Martin Duberman poignantly conveys what it was like to be Andrea Dworkin.”—Alice Echols, professor of history and the Barbra Streisand Chair of Contemporary Gender Studies, University of Southern California

Endell Street: The Suffragette Surgeons of World War One

Why you Should Give a F*ck about Farming