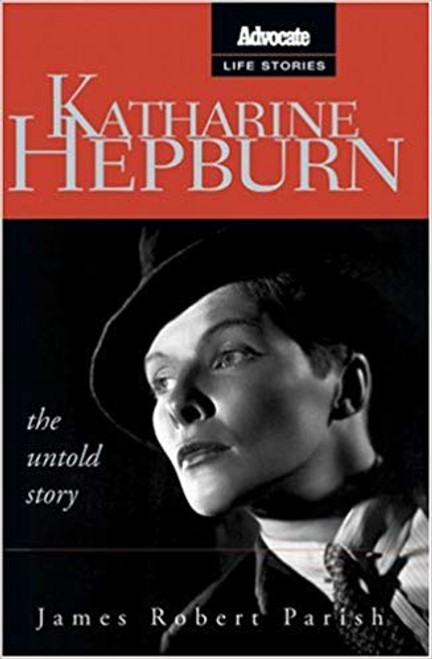 In her remarkable 62-year career, Katharine Hepburn starred in over 40 films, appeared in over 10 Broadway plays, and was nominated for 12 Academy Awards, winning four. Her relationship with actor Spencer Tracy is one of Hollywood's most famous romances; it lasted 25 years until Tracy's death in 1967-never mind that Tracy was married to another woman. In her life Hepburn was an icon of feminism and New England-style forthrightness; as an artist she was a national treasure. Hepburn's death on June 29, 2003, at the age of 96 did little to silence the almost -century-long conversation about her. But one topic remained taboo, despite Hepburn's reputation as being fearlessly honest. Was Katharine Hepburn a lesbian? This biography directly addresses and documents the numerous accounts of Hepburn's lesbian affairs, including her relationships with Laura Harding, Jane Loring, Elissa Landi, Irene Mayer Selznick, Phyllis Wilbourn, and others. In addition, it provides an eye-opening re-examination of the star's most noted "love affairs." Parrish details how Hepburn spun her relationship with billionaire Howard Hughes to appear to be a romance, when in fact it wasn't, and most explosively reveals what caused Hepburn to accept a masochistic, platonic relationship with alcoholic, bisexual actor Spencer Tracy, and to allow it to be characterized as one of the "great loves of the twentieth century." Extensive research and interviews with numerous friends, journalists, and acquaintances separate myth from fact to reveal the real, sometimes conflicted, frustratingly complicated, and always amazing woman behind the painstakingly self-crafted image.

Living In Squares, Loving In Triangles : The Lives and Loves of Virginia Woolf and the Bloomsbury Group

The Queen of Whale Cay : The Extraordinary Story of 'Joe' Carstairs, the Fastest Woman on Water

Vita & Virginia : The Lives and Loves of Virginia Woolf and Vita Sackville-West

Some Enchanted Evenings: The Glittering Life and Times of Mary Martin