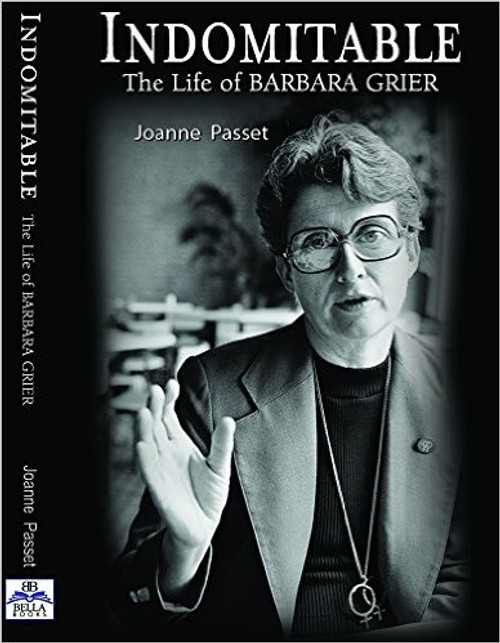 “Whatever else will be said about her—and you can bet there will be plenty, because Barbara was no stranger to controversy—the one thing that is true above all else is that she was the most important person in lesbian publishing in the world. Without her boldness and her audacity, there might not be the robust lesbian publishing industry there is today.”
—Teresa DeCrescenzo

Barbara Grier—feminist, activist, publisher, and archivist—was many things to different people. Perhaps most well known as one of the founders of Naiad Press, Barbara’s unapologetic drive to make sure that lesbians everywhere had access to books with stories that reflected their lives in positive ways was legendary. Barbara changed the lives of thousands of women in her lifetime.

For the first time, historian Joanne Passet uncovers the controversial and often polarizing life of this firebrand editor and publisher with new and never before published letters, interviews, and other personal material from Grier’s own papers. Passet takes readers behind the scenes of The Ladder, offering a rare window onto the isolated and bereft lives lesbians experienced before the feminist movement and during the earliest days of gay political organizing. Through extensive letters between Grier and her friend novelist Jane Rule, Passet offers a virtual diary of this dramatic and repressive era. Passet also looks at Grier’s infamous “theft” of The Ladder’s mailing list, which in turn allowed her to launch and promote Naiad Press, the groundbreaking women’s publishing company she founded with partner Donna McBride in 1973. Naiad went on to become one of the leaders in gay and lesbian book publishing and for years helped sustain lesbian and feminist bookstores—and readers—across the country.

JOANNE PASSET is Professor of History Emerita at Indiana University East. Her previous books include Sex Variant Woman: The Life of Jeannette Howard Foster, Sex Radicals and the Quest for Women's Equality, Cultural Crusaders: Women Librarians in the American West, and Aspirations and Mentoring in an Academic Environment (with Mary Niles Maack).

How to Grow Up : A Memoir

North of the Border : Stories from the 'A Matter of Time' project

Cooking as Fast as I Can : A Chef’s Story of Family, Food, and Forgiveness

Spectacles : A Memoir (by Sue Perkins)