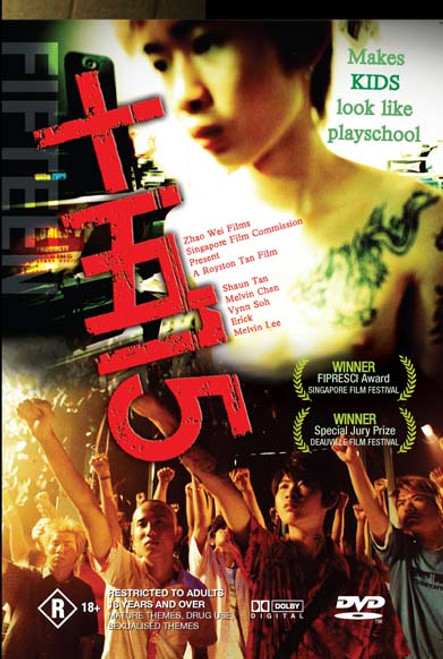 '15' follows the misadventures of five teenagers living on the fringe of Singaporean society. Abandoned by the system, they seek answers to their aimless existence among the misfits and outsiders of Singapore's underclass. This provocative film, performed by real street kids, exposes the gritty underbelly of a modern-day Singapore hidden beneath the shadows cast by gleaming skyscrapers and glittering apartment blocks. In a nation where the government dictates how its citizens should lead their lives, '15' has given the Singaporean censorship board a major headache. It was deemed to be a 'threat to national security' and was only allowed a release after a record-breaking 27 cuts were made. The film is banned in Singapore. Since the censorship issue, director Royston Chan has made a short film entitled 'Cut' in response to the edits.