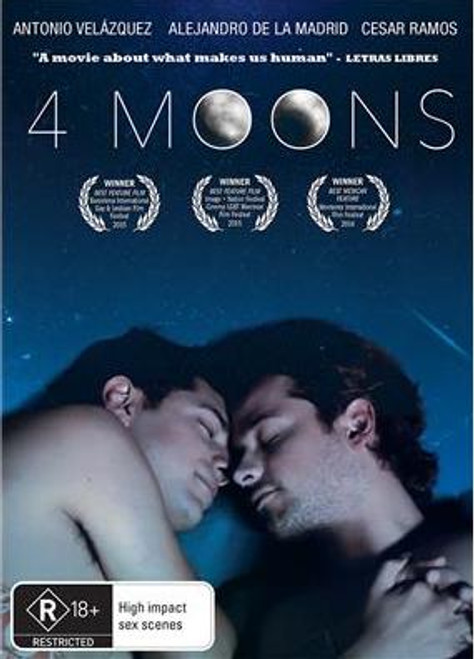 Sometimes explicit, sometimes confronting, but always deeply affecting, ''4 Moons'' is a Mexican film which delves in to the lives of four very different generations of gay boys and men as they navigate their romantic and sexual lives.

An eleven year-old boy struggles to keep secret the attraction he feels towards his male cousin. Two former childhood friends reunite and start a relationship that gets complicated due the fear one of them has of getting caught. A long lasting gay relationship is in jeopardy when a third man comes along. An older married poet goes to his local gay sauna and becomes obsessed with a handsome male prostitute, and tries to raise the money to afford the experience.

What is common to all four stories is that they are about love and self-acceptance, and are painful, moving, touching and even funny. This film was an audience favourite when it was shown at the Queer Screen film festival in Sydney.

Click on ''Product Videos'' below to see the Trailer for this series.