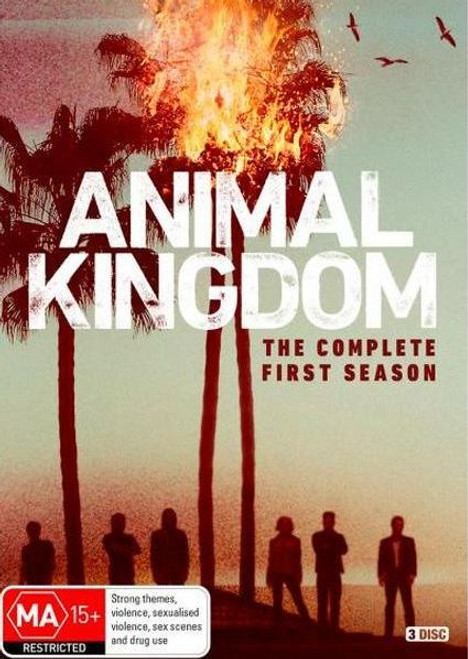 Inspired by the Australian hit movie, this US made television series adaptation features a crime family made up of ruthless matriarch Smurf, played by Ellen Barkin, and her very hot surfer sons - one of whom is secretly gay!

When his mother dies of a heroin overdose, 17-year-old Joshua "J" Cody moves in with his estranged relatives in a Southern California beach town. Heading up their petty crime dynasty is J's manipulative grandmother, Janine "Smurf" Cody, whose iron-fisted, velvet-gloved tough love controls her four sons: adopted right-hand man Barry "Baz;" intense, mentally disturbed Pope; tough, hyperactive Craig; and troubled "baby," Deran. As J copes with losing his mom, aggressive rivalry between his uncles, and a helpful high school teacher, his new family incites more danger, excitement and trouble than he's ever known. Meanwhile the closeted gay son is having more problems than ever keeping his secret as his hookups with his buddy start to become something more. Ellen Barkin rules over a fiercely talented (and hot!) ensemble cast including Scott Speedman, Jake Weary, Finn Cole, Sean Hatosy, and Ben Robson.

This is a 3 Disc set

Do I Sound Gay? DVD