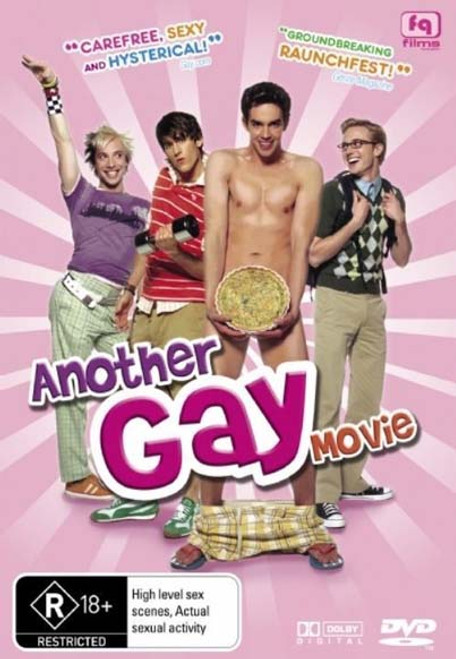 In the dirtiest, funniest, most scandalous gay-teen-sex-comedy-parody ever, four gay friends make a pact to lose their virginity by the end of the summer. But that’s easier said than done, as the boys face giant sex toys, naked celebrities, masochistic teachers and an uncontrollable romance with a quiche. With a dozen jokes a minute and who’s who of gay celebrities. Another Gay Movie is a candy-colored romp where getting laid is all that matters!