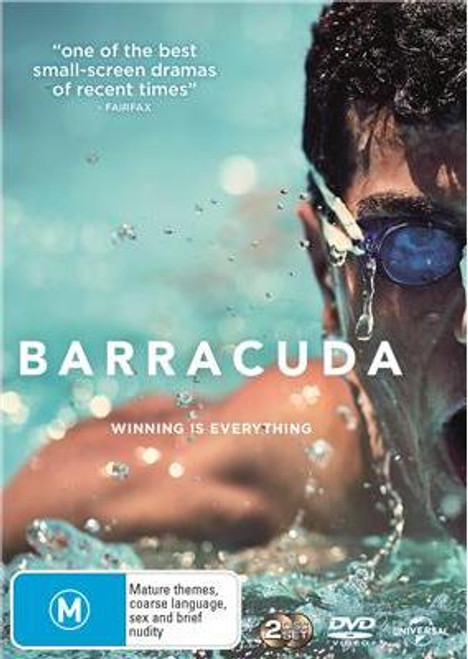 Based on the best-selling novel by Australian gay author Christos Tsiolkas, this ABC adaptation of ''Barracuda'' is produced by the same team which brought you the much acclaimed adaptation of Tsiolkas' ''The Slap''.

For his whole life, Danny Kelly has only wanted one thing: to win Olympic gold. Everything he's ever done - every thought, every dream, every action - takes him closer to that moment of glory, of vindication, when the world will see him for what he is: the fastest, the strongest and the best. His life has been a preparation for that moment.

He wins a sports scholarship to the most prestigious private school with the finest swimming program and a dedicated and inspiring coach. But being working class, and half Greek - half Scottish, he is bullied and shunned by the privileged and race-conscious students. Danny loathes being treated as the outsider, but he knows he's the best swimmer there and can show them all. Danny's win-at-all-cost ferocity gradually wins favour with the coolest boys - he's Barracuda, he's the psycho, he's everything they want to be but don't have the guts to get there. But as his rivalry with teammate Martin Taylor begins to move into friendship, and then something deeper, Danny is rapidly moving into uncharted waters...

''Barracuda'' is an unflinching look at the hopes, dreams, friendships, and families of modern Australia, and also how being gay and an outsider can drive one to compensate and achieve.

You can also check out the original book here.

This 2 Disc set contains all 4 episodes.

Check out the Video Trailer below.