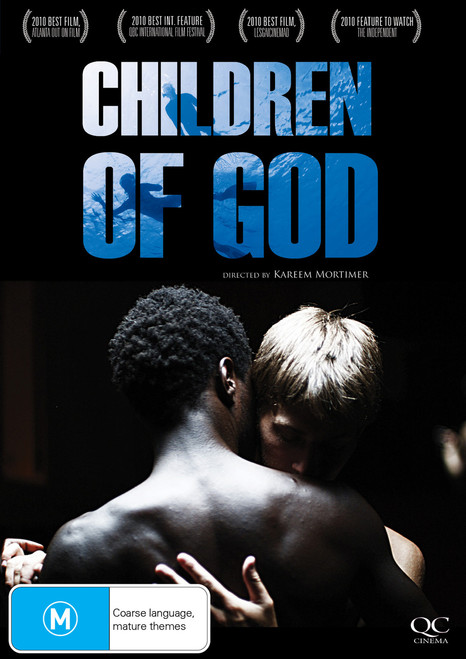 Set on the sun-drenched Bahaman islands, Children of God is an award-winning, timeless and brave love story. Blond haired, blue-eyed Jonny travels to the island of Eleuthera intent on finding some artistic inspiration. After arriving he meets the confident, attractive black musician Romeo and it is instantly clear that there is a spark between them. Although Romeo has a fiancÃ©, he has secretly played with the boys on the side before but Johnny is not just any boy, and soon their relationship becomes far more complex than a simple fling. Struggling to overcome rampant homophobia, and anti-gay crusade erupting around them, it is going to take more than wishful thinking for their love to last. Meanwhile, also spending some time in Eleuthera is Lena, the wife of Ralph, a minister who is outspoken in his opposition to gay rights. Lena has taken part in her husband's campaigns to demand more laws against homosexual conduct, but she's begun to have her doubts - she's been given a sexually transmitted disease from her husband, who refuses to say how he contacted it, and wonders if it's time she moved on with her life. A beautifully shot, captivating romance which also has a strong social conscience, Children of God paints a universally relevant portrait of desire, sexual conflict, tolerance and self-acceptance. This film played to appreciative audiences at both the 2011 Sydney and Melbourne Queer Film Festivals.

Spartacus : Gods of the Arena - Uncut (The Prequel) DVD