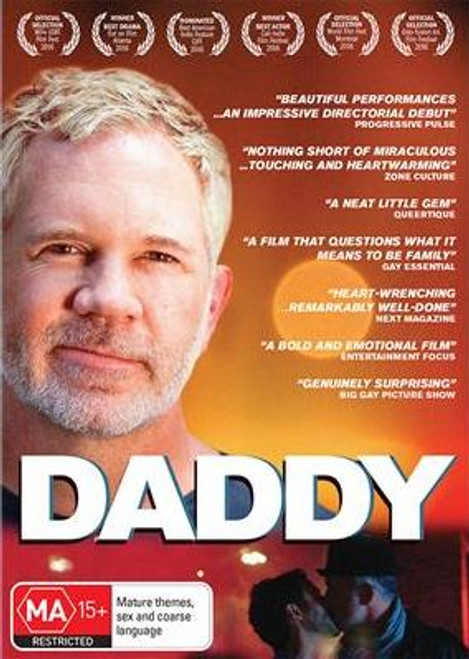 Colin McCormack (Gerald McCullouch, of ''CSI'' and ''BearCity'') thinks he has it all - a great job, a steady stream of hot younger guys, and a best friend whose devotion he takes for granted. But when a charming and mercurial intern sweeps him off his feet, Colin sees a chance for something more: A family of his own.

What he discovers instead is a shattering secret that may cost Colin everything and everyone he holds dear. By turns funny, heartbreaking and hopeful, ''Daddy'' explores the universal need for love and connection, and the evolving understanding of family in today's rapidly changing world.

Following a buzz-heavy world premiere in New York and an extended run in LA, the successful play by actor Dan Via was adapted into this film, directed by out gay actor Gerald McCullouch himself, and starring Dan Via and Jaime Cepero (from Smash).

Do I Sound Gay? DVD