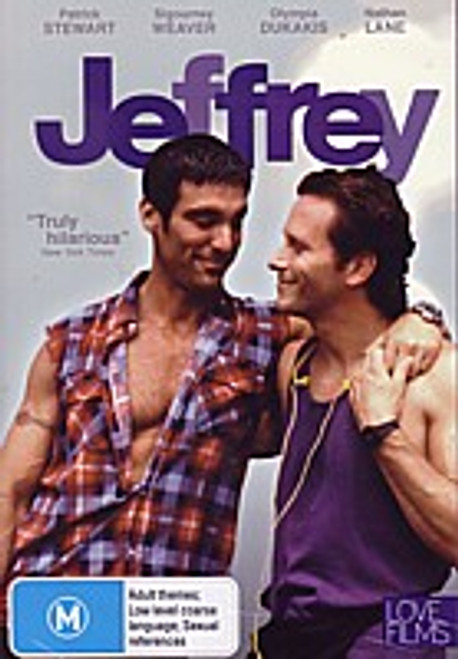 Based on Paul Rudnick's 1995 off-Broadway play, Jeffrey (Steven Weber) is worried about AIDS and vows to become celibate. But then he meets hunky Steve who is all muscles and charm â but is also HIV-positive. This is a hilarious poignant portrait of gay single life and the perils of dating in a paranoid time. Patrick Stewart appears as Jeffrey's best friend and there are cameos from Sigourney Weaver, Kathy Najimy, Christine Baranski and Nathan Lane.

Eating Out 3 : All You Can Eat DVD