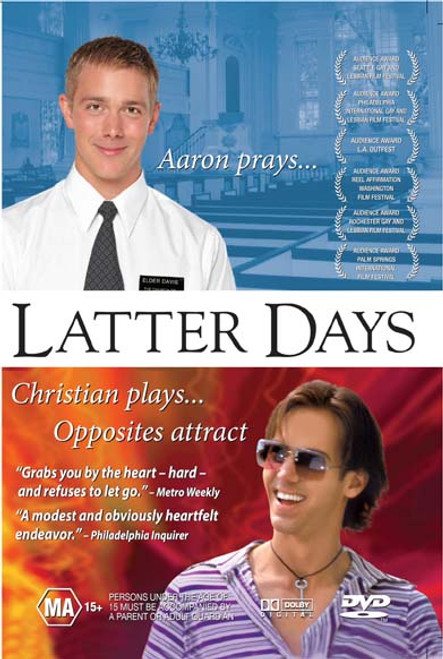 Aaron Davis (Steve Sandvoss) and Christian Markelli (Wes Ramsey) are two of the most opposite people in the world. Aaron is a Mormon missionary who is passionate about his faith and his family. Christian is a shallow West Hollywood waiter who looks forward to bedding a new guy every night. After Aaron and three other missionaries move into the apartment across from Christian, friends of the party boy bet him 50 that he can’t get one of his staunchly homophobic neighbours into the sack. Not afraid of a challenge, Christian sets his sights on the lovely Aaron...