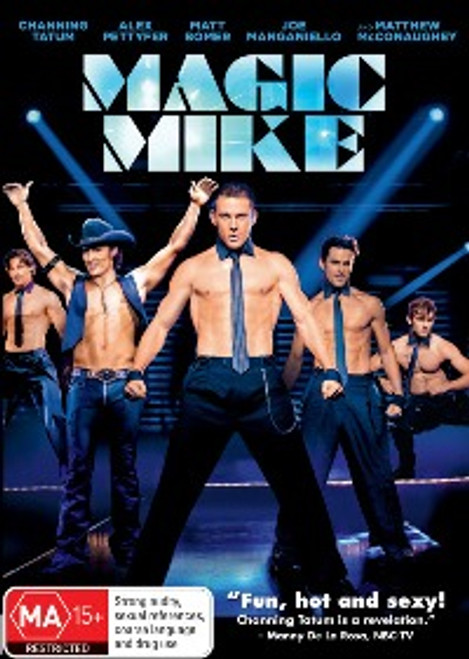 Hunky Channing Tatum is Magic Mike', the star of a steamy men's go-go show, produced by Dallas (Academy award winner Matthew McConaughey). But the young dancer Kid' (Alex Pettyfer), whom Mike takes under his wing, is quickly seduced by the easy money! Based in part on Channing Tatum's own experiences as a male stripper, the film is directed by Steven Soderbergh, which elevates it above the usual Hollywood fare. It becomes a gritty exploration of innocence lost and corrupted. Although there is nothing specifically gay about the film's plot, it is the beefcake extravaganza of the decade with stars Tatum, McConaughey, and Pettyfer; plus Joe Manganiello (sexy werewolf Alcide from True Blood), Adam Rodriguez and openly gay Matt Bomer (from tv series White Collar)  strutting their stuff in jockstraps and underwear!

The Buddha of Suburbia DVD

Peter Allen - Not The Boy Next Door DVD