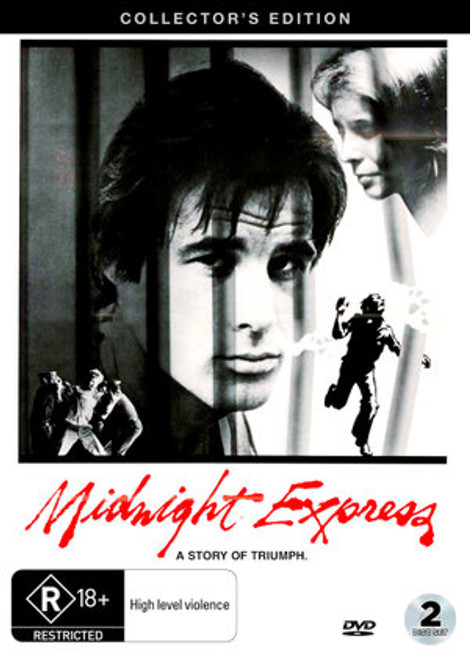 Busted for attempting to smuggle hashish out of Istanbul, American college student Billy Hayes (Brad Davis) is thrown into the city's most brutal jail. After suffering through four years of sadistic torture and inhuman conditions, Billy is about to be released when his parole is denied. Only his inner courage and the support of a fellow inmate (John Hurt) give him the strength to catch the Midnight Express...and escape his living hell.

This edition includes a remastered, uncut version of the film plus a bonus disc with featurettes and more.