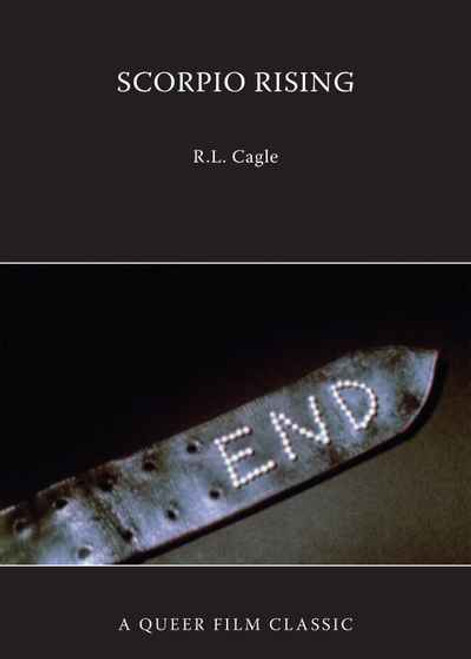 Scorpio Rising represents the culmination of nearly twenty years' worth of Kenneth Anger’s work on unfinished, lost, or destroyed projects: it resonates with the thrill and energy Anger discovered as he mingled with young Americans on the beaches and under the boardwalk at Coney Island. He stuffs his film—one of the first to feature an all rock’n’roll soundtrack — with the symbols of their generation — motorcycles, transistor radios, comic books, matinee idols — until it literally explodes onscreen.

Cagle reads Anger's film intertextually, bringing together a corpus of materials that includes Anger's pre-1963 works, feature films, pop music, and popular cultural icons. The aim of this book is not so much to establish Anger's role as an auteur, but rather to place the film in the larger social context of articulating gay identity in ways that reflected both "gay" sensibility (camp) and contemporary popular media theories.

Launched in 2009, Queer Film Classics has been a critically acclaimed film book series, publishing books on 19 of the most important and influential films about and by LGBTQ people, made in eight different countries between 1950 and 2005, and written by leading LGBTQ film scholars and critics.