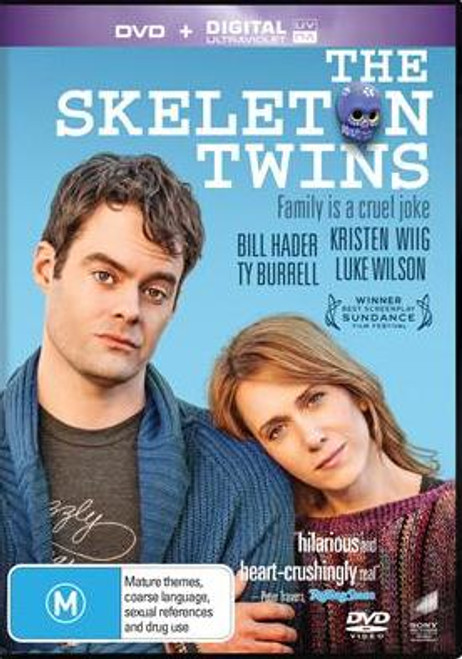 As children, Maggie and Milo Dean seemed inseparable. But tragedy hit their family as teenagers when their father died, sending them on different paths, and ultimately leading to a decade-long estrangement. Now in their thirties, near simultaneous suicide attempts bring them together again. Melancholic and gay Milo (Bill Hader), a frustrated actor, decides to accept his sister’s offer to return to their hometown in bucolic upstate New York. However, he’s unaware that Maggie (Kristen Wiig) herself is barely holding it together, secretly unhappy despite her loving husband Lance (Luke Wilson).

With painful wounds that only the other can understand, Milo and Maggie grow closer and also push each other away as they negoitiate old secrets and discover new ones. Maggie enjoys the flirtatious attention of her hunky Australian diving instructor a little too much. Meanwhile, Milo meets up with his first love, Rich (Ty Burrell), who seems to be happy with a girlfriend and grown son... or is he?

But as the hurt from the past catches up to the confusion in the present, they find that they bring out not only the best in each other, but also the worst. This is a funny and touching, very grown-up comedy about the darker aspects of life, love, loss and family. Kristen Wiig and Bill Hader deliver charming, hilarious and nuanced performances as the two dysfunctional siblings, with great support from Luke Wilson as Lance and Joanna Gleeson as their neurotic new age estranged mother.

(UltraViolet is the new digital way to watch and collect movies and TV shows. It registers movies and TV show purchases in your own personalised and sharable account, securely stored in the cloud. You can add to, access and watch your collection, almost anywhere, on many of your favourite devices,  wherever you have internet access.)