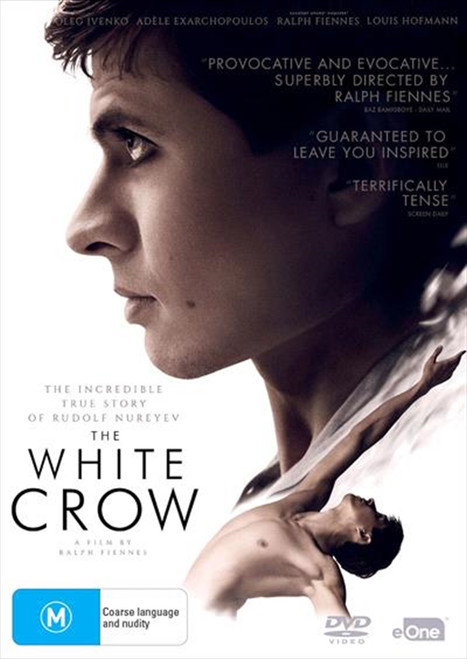 THE WHITE CROW captures the raw physicality and brilliance of Rudolf Nureyev, whose escape to the West stunned the world at the height of the Cold War. With his magnetic presence, Nureyev emerged as ballet’s most famous star, a wild and beautiful dancer limited by the world of 1950s Leningrad. His flirtation with Western artists and ideas in 1961 in Paris leads him into a high-stakes game of cat and mouse with the KGB, where he is forced to make a heart-breaking decision that may change the course of his life forever and put his family and friends in terrible danger.

From Nureyev’s poverty-stricken childhood in the Soviet city of Ufa, to his blossoming as a student dancer in Leningrad, to his arrival at the epicentre of western culture in Paris in the early 1960s and a nail-biting stand-off at the Le Bourget airport, THE WHITE CROW is the true story of an incredible journey by a unique artist who transformed the world of ballet forever.

Directed by and featuring Ralph Fiennes (The Invisible Woman, Coriolanus) and starring Oleg Ivenko as Nureyev.

“Guaranteed to leave you inspired” Elle