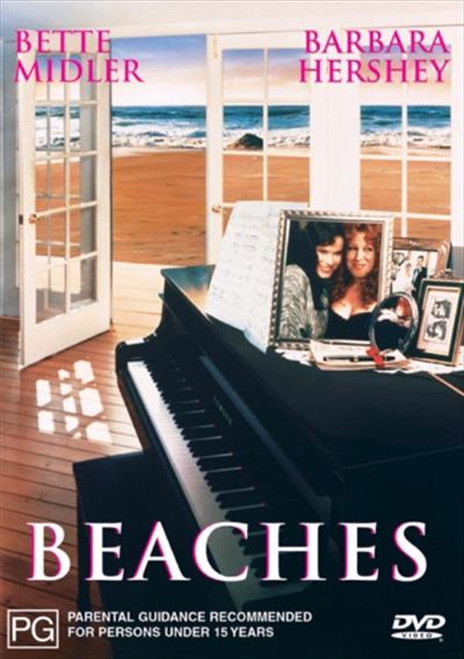 In this powerful portrait of a lifelong friendship, brassy C.C. Bloom (Bette Midler) and classy Hillary Witney (Barbara Hershey) share their ups and downs, from good times to bad, through broken marriages and budding careers. Through it all they had each other, and together they would face their greatest challenge. Beaches is an unforgettable film experience, sometimes funny, sometimes deeply moving and always entertaining. Acclaimed for its universal appeal, smash hit soundtrack, and the outstanding performances of box office favourite Midler (Ruthless People, Down And Out In Beverly Hills), and Hershey, who has graced such popular films as Tin Men and Hannah And Her Sisters - you'll cherish Beaches for a long, long time to come.