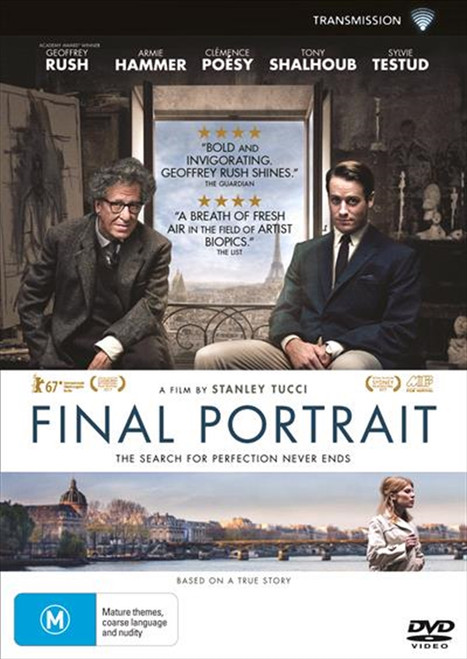 Armie Hammer plays gay again in his new film, Final Portrait. It tells the true story of American art critic James Lord, a former member of the US Army Intelligence. The film chronicles Lord's friendship with artist Alberto Giacometti as he sits for a portrait in 1964 Paris. Lord's sexuality was a secret for most of his life, only revealed posthumously in his obituary.

A mature and wise drama about the cost and benefits of creativity. Tucci should spend more time behind the camera --Empire

Stanley Tucci has created a very amusing, astringent chamber piece of a movie, performed with sympathy and wit by Geoffrey Rush and Armie Hammer --The Guardian

A delightful, nimble miniature, as thought-provoking in the long term as it is wryly entertaining in the moment. --Daily Telegraph

The Cost of Love DVD