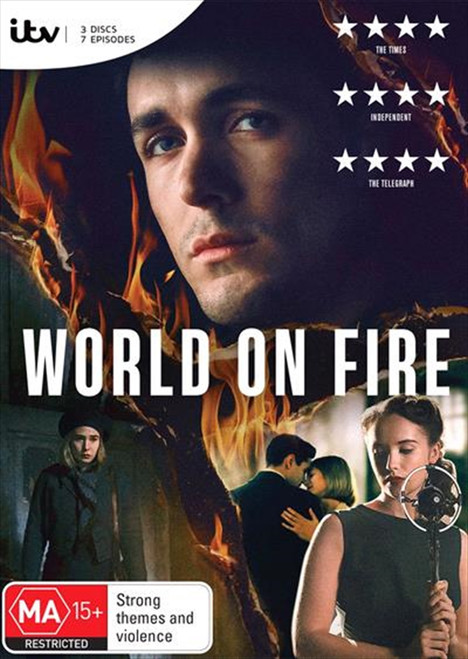 From multi-award-winning writer Peter Bowker, World On Fire is a heart-stopping, multi-stranded drama telling the story of World War Two through the lives of ordinary people from all sides of this global conflict. The first series draws viewers gradually into the creeping horror of the outbreak of the war during its first year. It traces the intertwining fates of relatable, vividly drawn characters from Britain, Poland, France, Germany and the United States as they grapple with the effect of the war on their everyday lives. Delivering a never-before-seen perspective on the early days of war, this adrenalised, emotionally gripping and globally resonant drama explores the human stories hidden within one of the most pivotal and seismic moments in twentieth-century history.

The series is also striking for addressing issues such as pacifists, unwed mothers, non-Caucasian characters, the Nazi euthanasia program for the physically and mentally disabled, and an interracial gay romance. The gay romance is especially striking as it unfolds between American doctor working in Paris and a French-African jazz musician.