When Night is Falling DVD 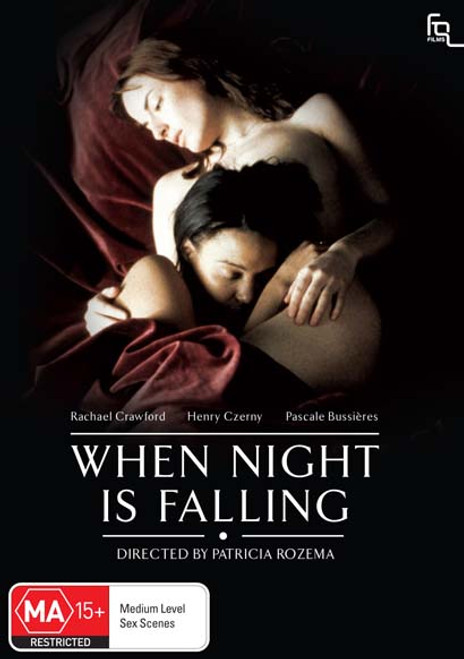 Throughout Patricia Rozema’s third film, conservatives tangle with liberals, men with women, and heterosexuals with those of more fluid sexual persuasions. Surface tension aside, When Night Is Falling feels more personal than political. Camille (Pascale Bussières) teaches mythology at a Christian college in Toronto, while her fiancé, Martin (Henry Czerny, Clear and Present Danger), is a fellow theologian. Their superior, Reverend DeBoer (David Fox, The Saddest Music in the World), encourages them to marry. When Camille’s dog dies, she neglects to inform Martin, but instead confides in Petra (Rachael Crawford), a circus performer she meets at a laundromat. Petra leaves her card, so Camille seeks her out, but when she makes a pass, Camille flees. Later, she suggests they remain friends... until mutual attraction proves too strong to resist. A simplistic reading suggests that the death of a pet can lead to experimentation, except Rozema (I’ve Heard the Mermaids Singing) aims for a metaphorical reading rather than a literal one. Though the narrative isn't autobiographical, she too attended a Calvinist institution (the same one as writer/director Paul Schrader). It's a testament to her skill that the film feels so fresh, since the storyline echoes Lianna (the academic milieu) and anticipates Tipping the Velvet (the circus angle). It's also one of the more quotable same-sex love stories of the 1990s. As Martin tells Camille, "Maybe you can imagine more intoxicating options. That's okay--that's what imagination's for." To Rozema's heroine, however, fulfillment is for experiencing, not imagining.

Claire of the Moon DVD