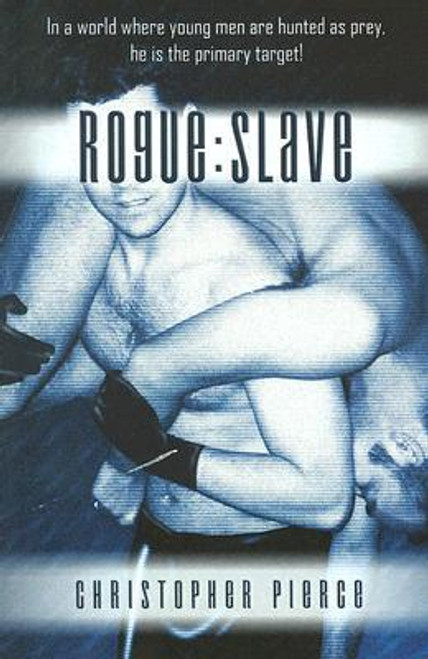 STARbooks Press ventures into a bold new arena with ROGUE: SLAVE, the first erotic novel from Christopher Pierce. ROGUE: SLAVE catapults readers forward in time to a future earth where disease has been eradicated and life spans extended. But in this time submissive men have been reduced to a slave caste that is hunted and sold like animals by the dominant men. Hunting for boys is the pastime of choice for men of all races and classes, and has become a billion-dollar worldwide industry. The slaves, resigned to their fate, dutifully fulfill their nature, perpetuating a culture of submission where the dominance of their Masters remains unchallenged.

Until now, a young slave named Rogue, with no memory of his past and an array of indecipherable tattoos on his back, wants more from life than to be the owned property of a Master. He knows he was meant for something more, and is on a quest to discover the truth about himself. A skilled escape-artist, Rogue's life is a series of captures and escapes, where he is caught by hunters and then frees himself after taking from them what he needs, all the while searching for his answers. He is tormented by visions of death and pursued by a creature so evil and destructive Rogue knows it will kill him the instant it finds him. Rogue still has one more secret he guards, as subversive and controversial, as it is contradictory. This fiercely independent young man, in his heart of hearts, longs to find a Master that will claim him and keep him happy and safe as his slaveboy for the rest of his life.

ROGUE: SLAVE weaves an exquisite tapestry of man-on-man sex, including many memorable scenes that run the gamut from tender lovemaking to brutal SM. Author Christopher Pierce creates an entire world with this book, and populates it with men of our dreams -- as well as men from our nightmares. Heartless Masters, life-like robots, callous hunters, sweet slaveboys, truckers, aborigines, guards, cops - all these men and more meet Rogue on his journey and in some way, for good or ill, affect his quest.

The Biggest Lover : Big-Boned Men's Erotica for Chubs and Chasers