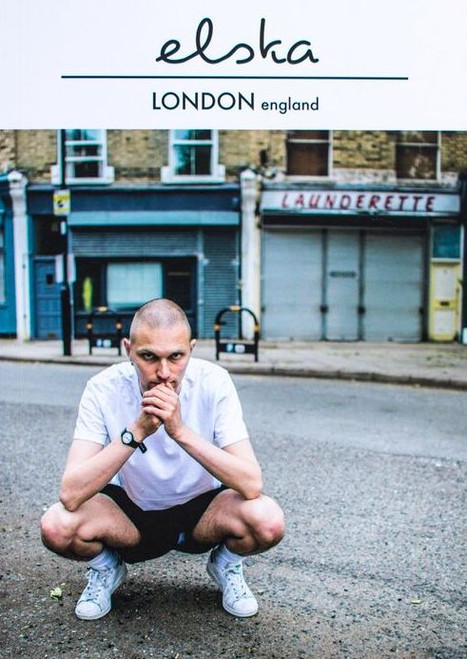 Elska Issue 19 takes you to London, England to introduce you to men from the local gay/queer community. Each get their own chapter containing a personal story they wrote from their life in the city and several intimate and unairbrushed images shot inside their homes and neighbourhoods. None are models or celebrities, none of the scenes are staged, and none of the stories are commissioned, resulting in an honest glimpse at gay life in the city.

London is one of the world’s greatest cities, and one of the gayest too. It’s a place that has long been a magnet for gay men from across Britain and beyond. Elska's London issue reflects this diversity, with a third of the men featured being English, and the rest coming from places such as Poland, Spain, Taiwan, Malta, the USA, and more. London is also a rather difficult city to live in, with high costs, huge crowds, and constant competition. That, along with a tendency for grey skies, can contribute to a slightly sombre or serious tone, which is apparent in some of the stories we hear.

Some of the London participants include:

Tommy M, who talks about the fabulous gay life he dreamed of as a teenager, eventually moving to London from his native Lithuania, only to find his expectations dashed;

Harry F, who shares a recent experience dealing with a barrage of homophobia from a punter at his local pub, something he didn’t expect to happen here and in 2018;

Omar B, who writes about learning to accept loneliness as a normal part of London life, and learning how to flourish anyway;

Jamie T, who opens up about an experience of a sexual harassment and how the #MeToo movement has barely had any impact on the LGBTQ community;

Brad C; who tells of the trials of dating in the capital in a colourfully detailed and most explicit way that really transports you into the city's pubs, parks, and bedrooms.